A Note from Grounds – March

Looking back at year ago, no one knew to what extent COVID-19 was about to do to our nation and the Club. We were communicating about the lack of snow cover and the warm winter weather we were experiencing last winter. Fast forward to now and we all know the affect the pandemic has had on the United States, and for the last month at the Club, we have been covered in snow. Although the snow cover has enabled the North Course to get a well deserved break, the weather in January allowed for a lot work to be accomplished for the South Course improvements. Another snow event occurred on February 22nd, and this will likely seal the deal for an entire month of lost work on the South. What does this mean for the start of the playing season? 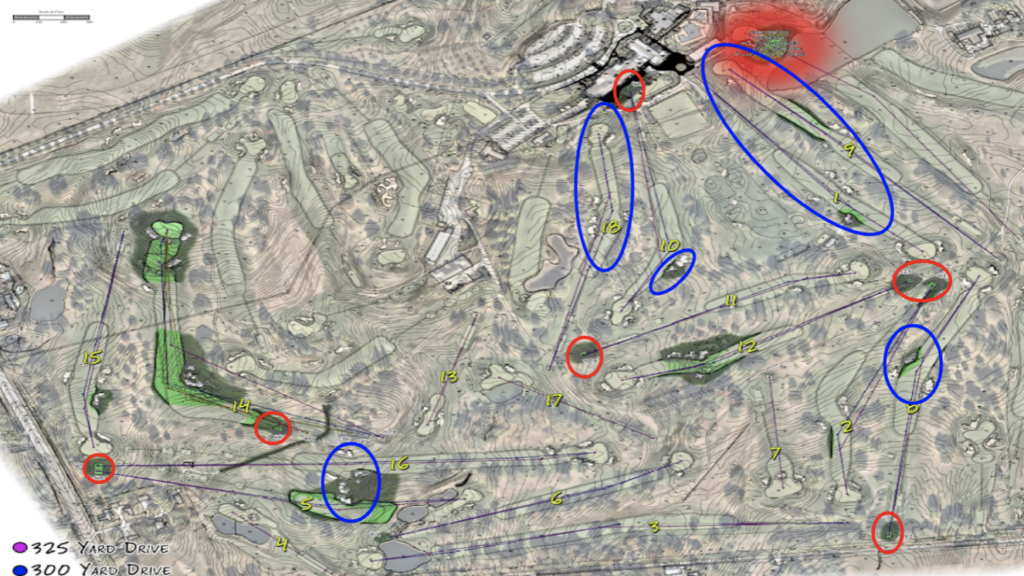 Although it was cold, January’s dry weather permitted McDonald and Sons to break ground on several areas, while wrapping up others. Albeit for punch-list items, the fourteenth hole was completed, as was the fairway bunker complex additions on number twelve. On the next page you can see images of these holes, while the picture above depicts what is either currently under construction or yet to be roughed-in and shaped. The red circles are the new teeing grounds, while the blue circles represent bunkers. The shaded red area towards the top of the picture is the area for the tournament practice tee that will be installed this coming fall. As of February 1st, 85% of fifty-three existing greenside bunkers have been completed;

With what work remains, we can expect at least four to six weeks of actual construction. Factor in losses for rain, and hopefully no more snow, we could possibly be looking at eight weeks in total. If we are able to begin on March 1st, this would equate all work by the contractor to be finished at the end of April.

The South Course will open at some point in April and there will be a need restrict cart traffic from areas that have been recently sodded. Two of these areas include portions of #12 and 14 fairways. Keep in mind, the sod on fourteen fairway was planted in December and the area on #12 was installed in January. There has been no time, and more importantly, warm soil temperatures for the turf to establish any sort of root system to handle traffic. You will encounter numerous ropes, stakes, and cart signs to protect the turf in these areas, along with other areas on the South Course as well to begin the season.

As with the sod on these fairways, we must inform you with 100% certainty, the fourteenth green on the South Course will open with a temporary “green,” likely at the bottom of the hillside below the old green site.

There is much work to be accomplished heading into the season in all areas of the Club. Much of this is annual maintenance such as refurbishment of the clay tennis courts, preparation of the landscaped beds, and aerification of playing surfaces. In addition, there is much to do in storm reparations to ready the South Course for the coming season. We are excited for the next eight weeks and hoping for some normalcy as the spring season begins. Have a great month and take care! 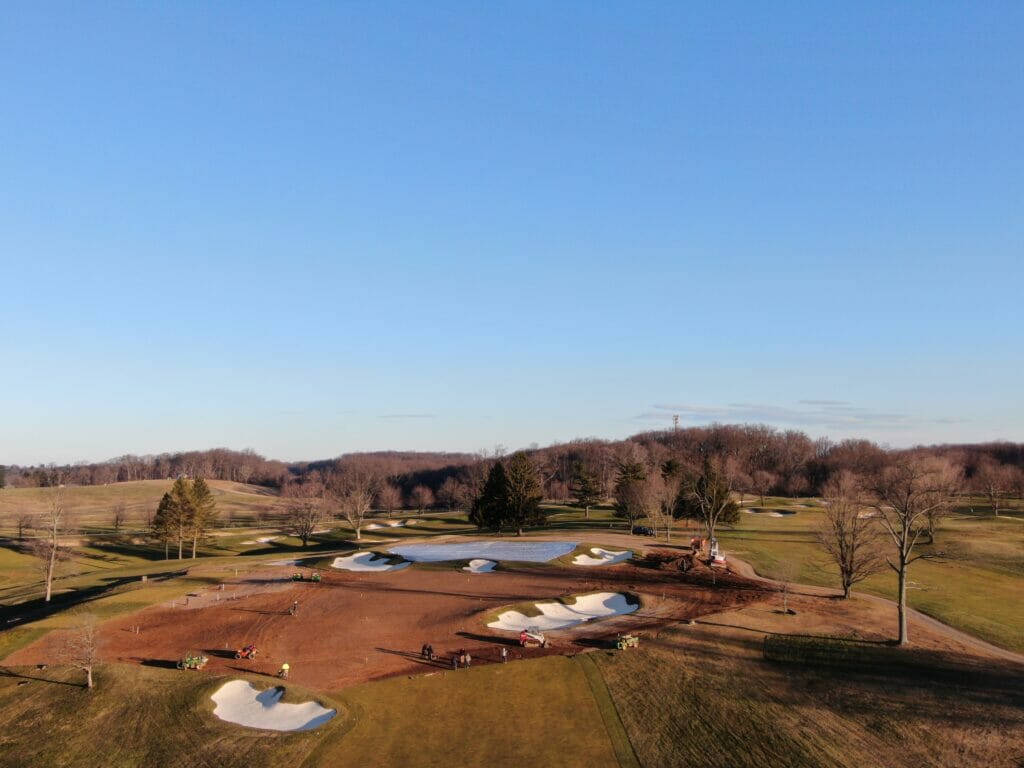 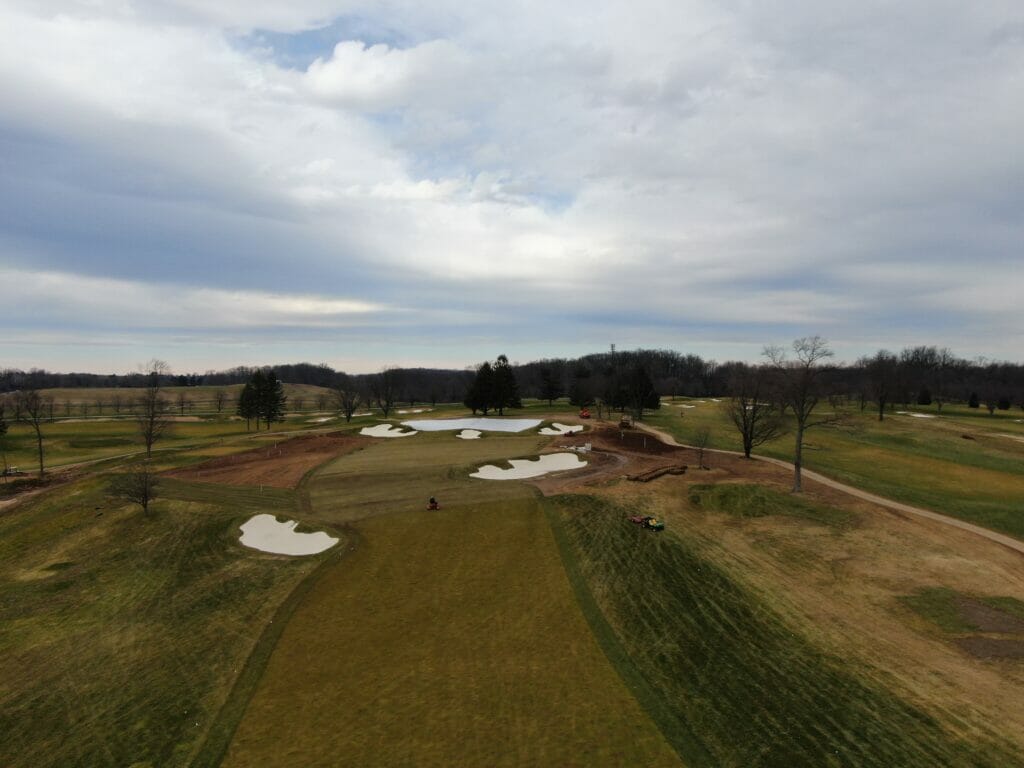 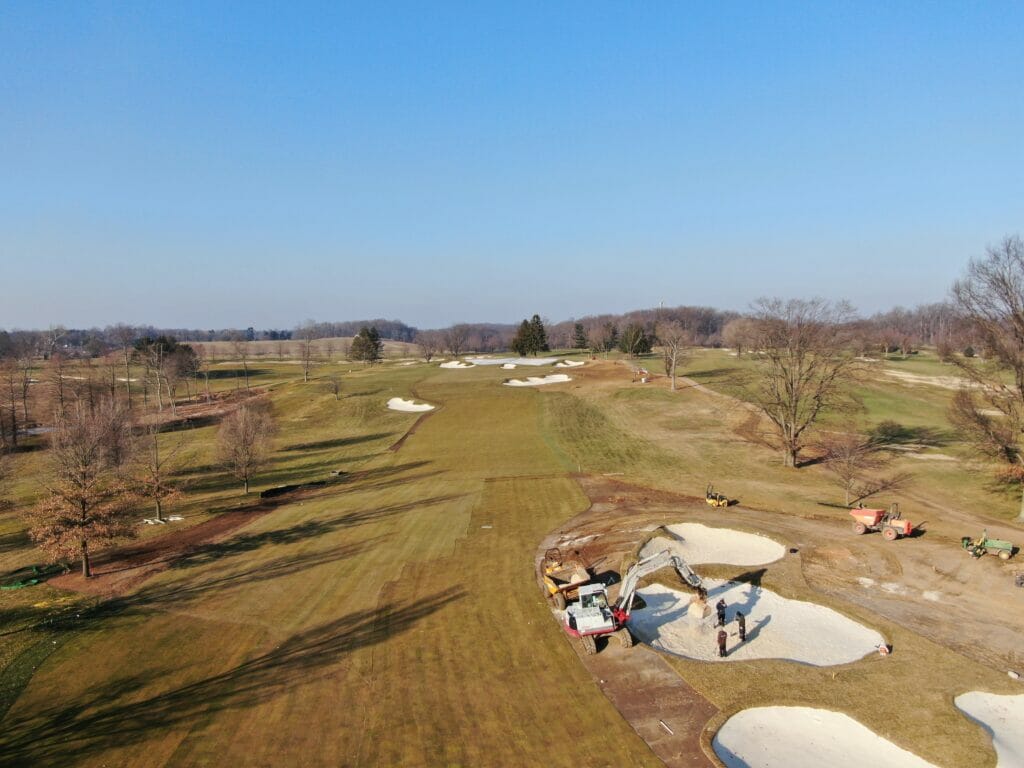 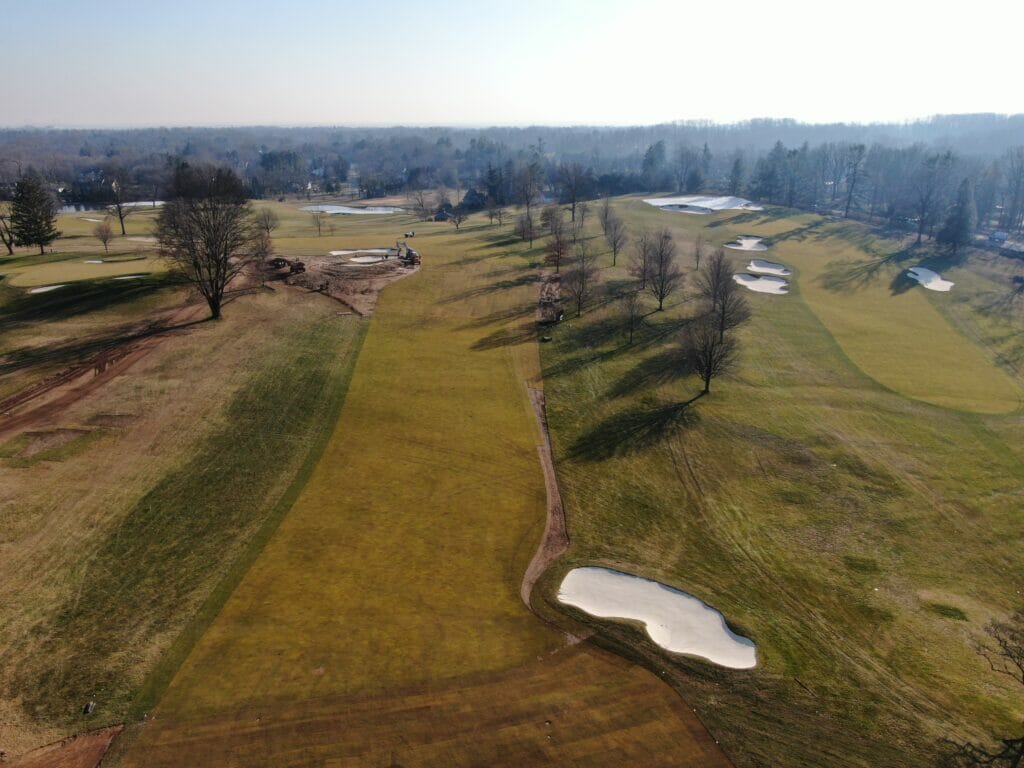 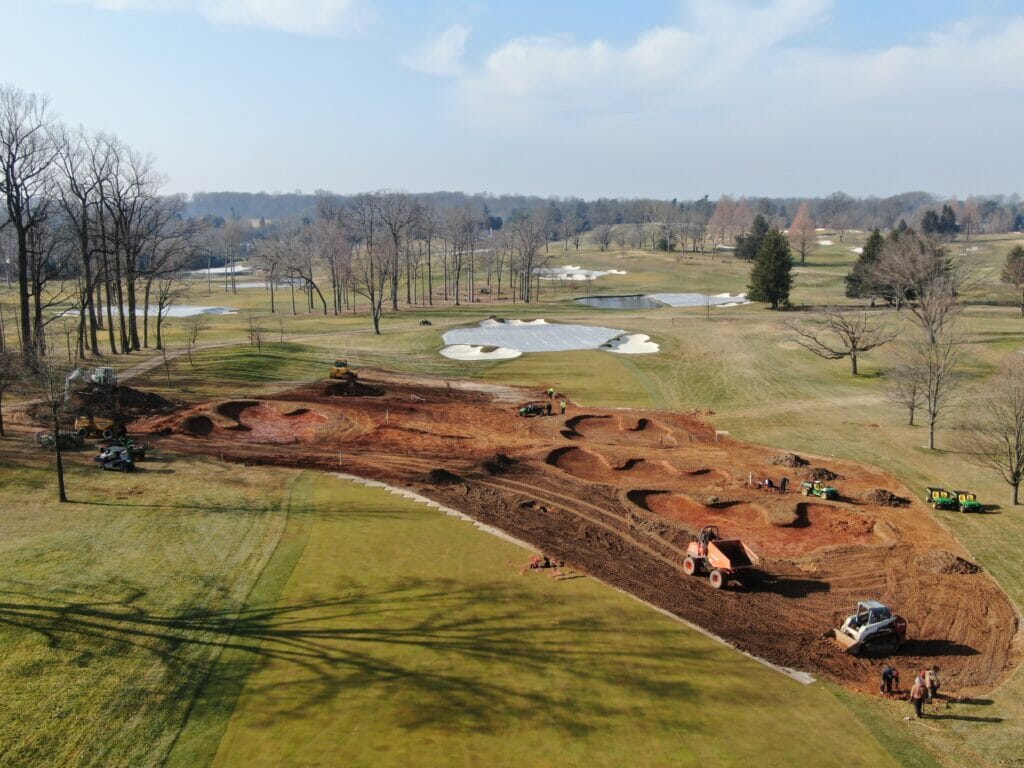 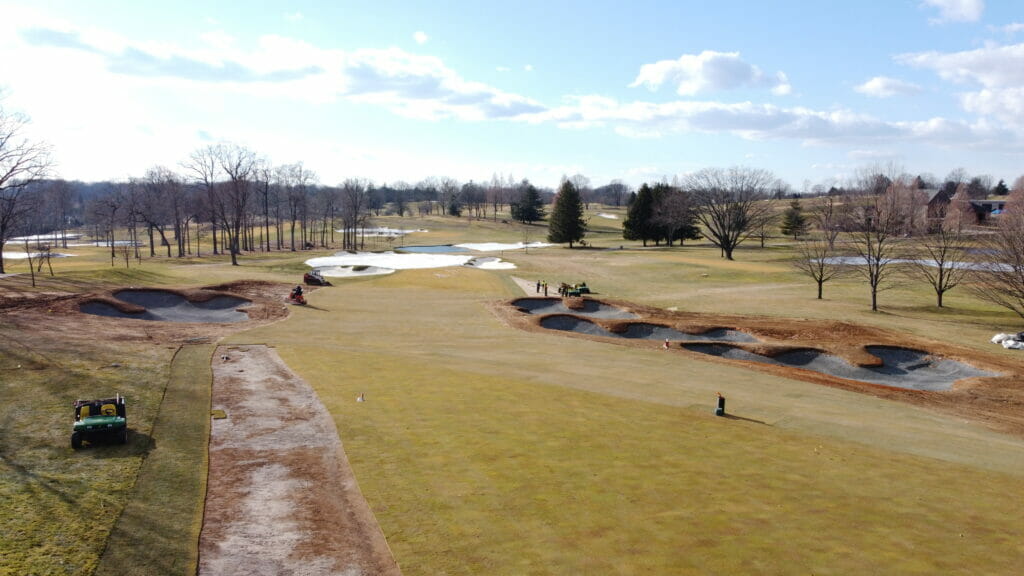 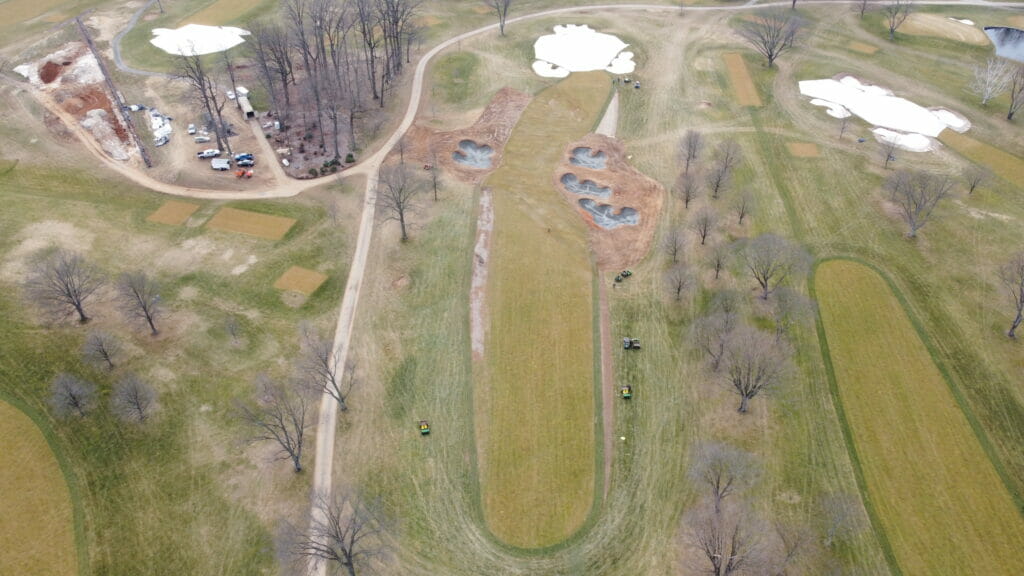 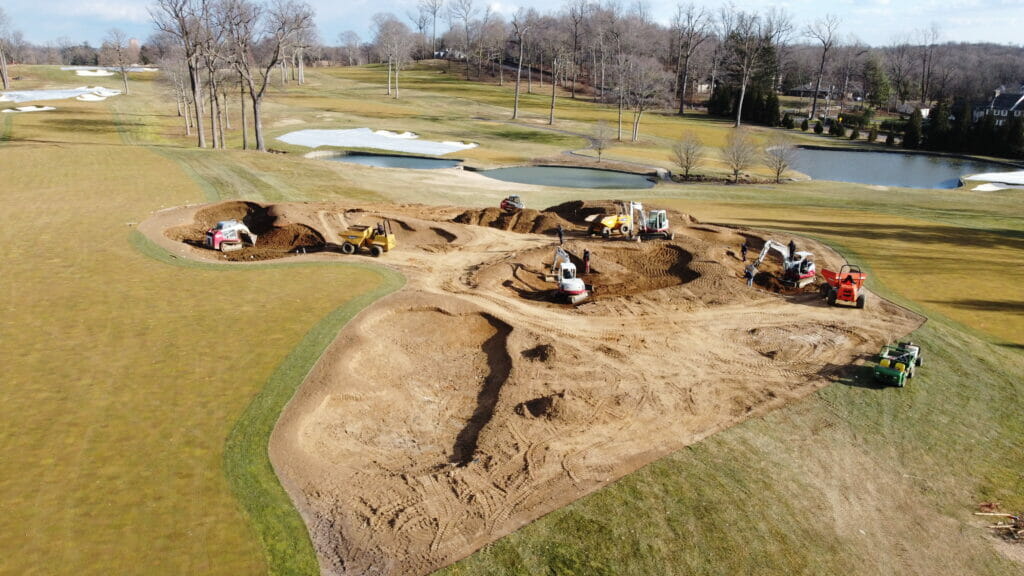 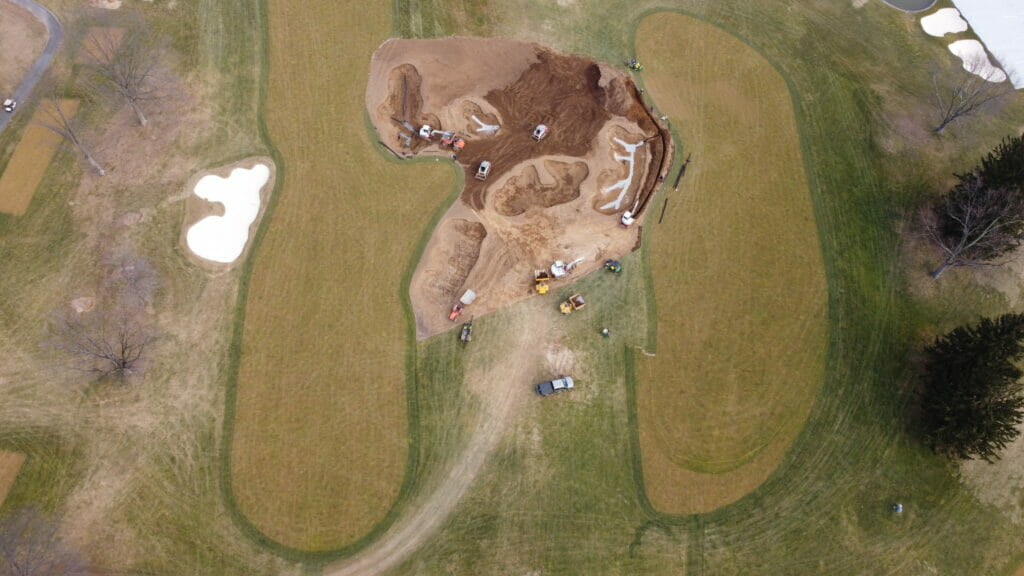 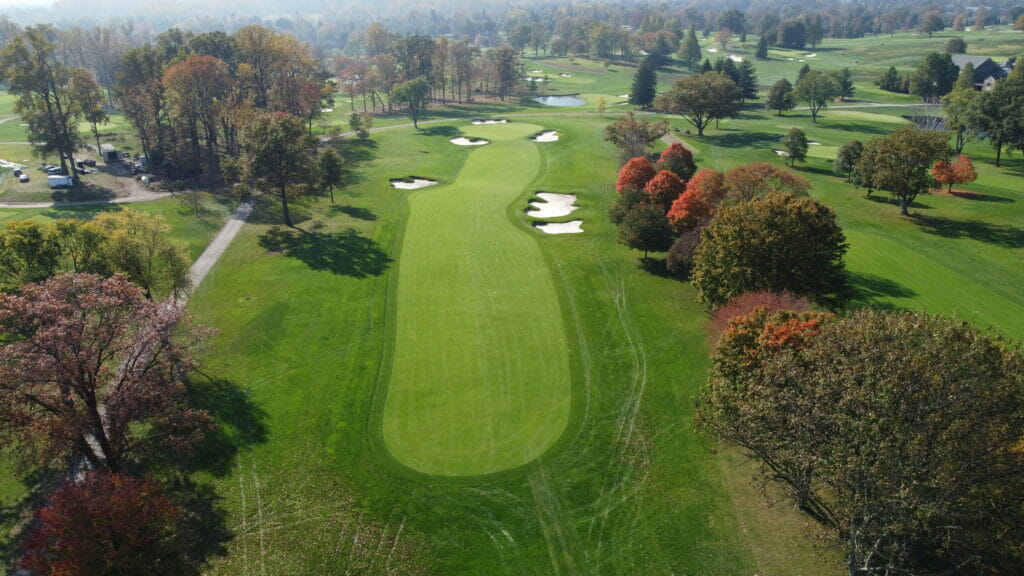