A Note From Grounds – August

Earlier this year, we informed the membership of our intention to move aerification away from times of the year that would be more beneficial for plant health, thus, keeping our playing surfaces free of major disruption during the season. We are happy to announce there will be no August aerification on either golf course or grass tennis courts.

This year, we will aerify the North Course tees, fairways, greens and grass tennis courts from October 21 – 23. Our plan is to conduct aerification of these areas in April and October each year. This fall and once the North Course has healed-in and ready for the winter playing season, our staff will aerify the South Course. We anticipate this will occur sometime in mid-November.

July presented several consecutive days where the heat indexes reached levels that had not been seen in eight years. Towards the latter part of the month, we began to protect the edges of greens with blue painted dots. During the summer season, bentgrass surfaces tends to swell or expand with moisture as high humidity levels do not allow water in the ground to evaporate. The result, predominantly on short cut turf,  is mower scalping on the perimeter of greens, seen in the picture below on the left. To combat this, we have painted blue dots, seen in the picture on the right, to have our staff lift their greens mowers during their morning routine. These conditions persist generally from mid-July through the beginning of September and we will continue to paint the blue dots as a defensive measure to maintain our playing surfaces in a manner that is suitable for our golf courses. 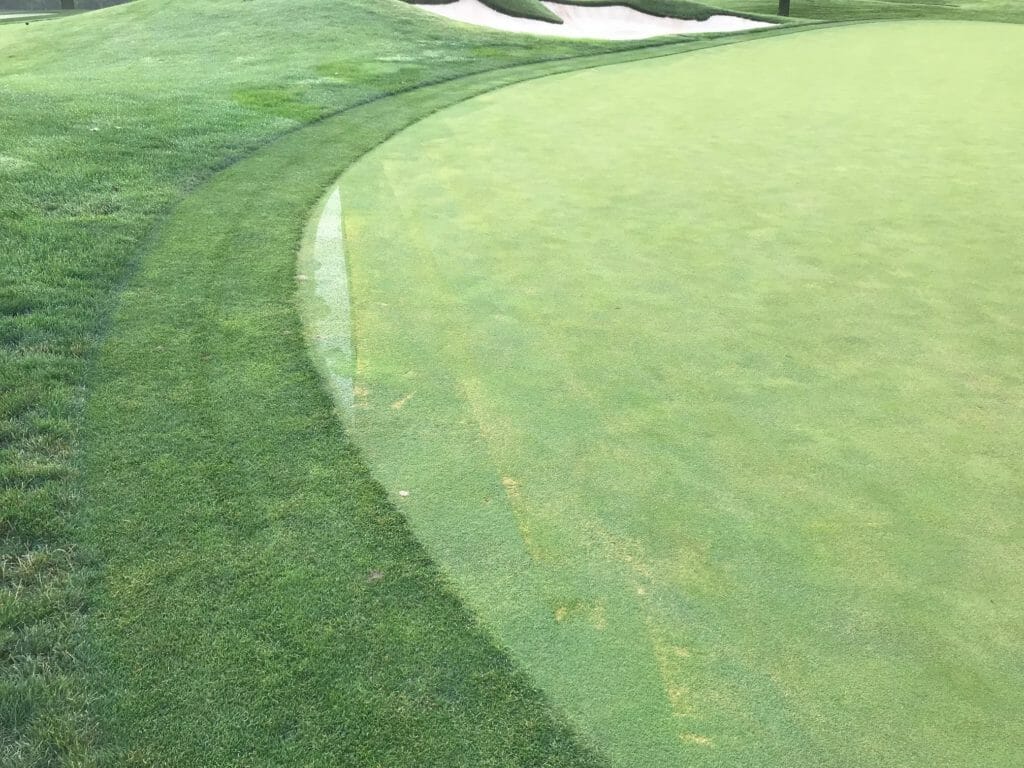 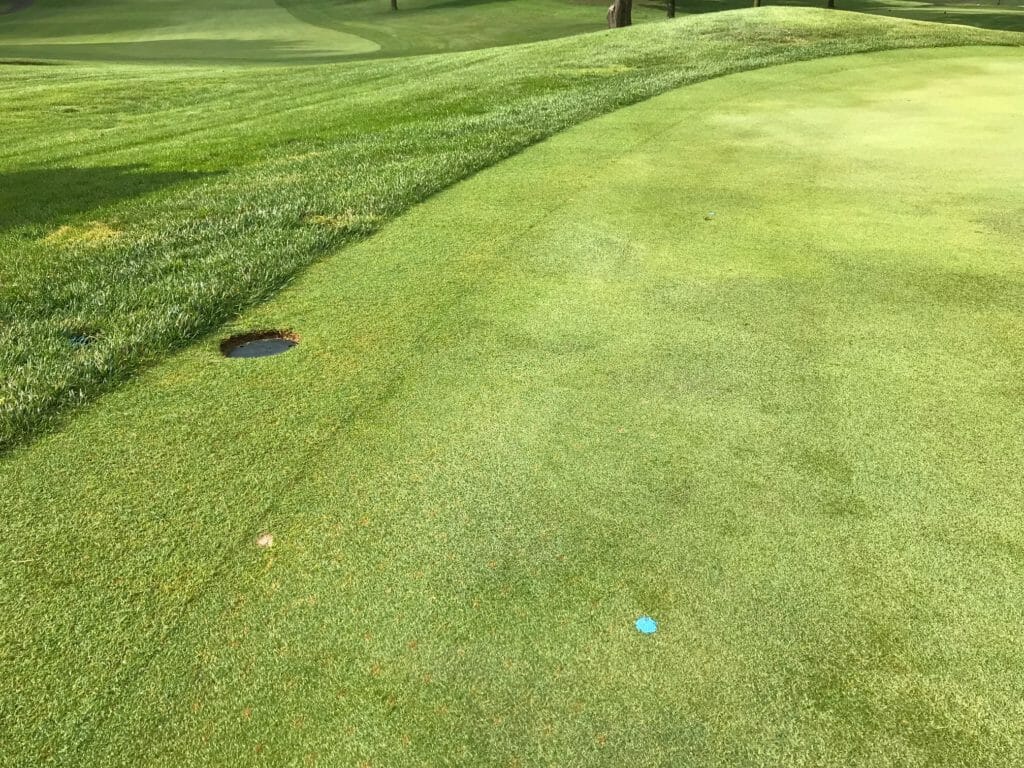