Return of the Trolley!

Call them what you like, golf bag cart, pull-cart, push-cart, or our favorite…trolley… because it covers all the above, the good news is that this form of playing the game has had a resurgence and continues to rise in popularity on our golf scene. It seems that for some period of time, perhaps to some extent unique to our American game, the golf pull cart had all but disappeared from the scene. We can speculate that the advent of the motorized golf car, the added play opportunity it created, as well as significant club revenue it generated, were influential in many courses choosing to ban pull carts from use. Additionally, some courses felt that the elimination of this option would better help sustain a strong caddie program for those players who see golf as a walking only game.

Sometime in the late 90’s, the USGA took the position that golf cars were perhaps changing the tradition of the game of golf and published a pamphlet entitled “A Call to Feet” that “encouraged golfers to park their motorized riding carts and walk the course.” Emphasizing the benefits of this proposal, they pointed out such things as: the health of burning more calories and reducing cholesterol levels, more opportunity to enjoy the quality and beauty of the course, more time for interaction and conversation with fellow players or even competitors, as well as maintaining the simple philosophy that golf was always meant to be a walking game. As is the nature of our society of varied opinion, some will agree with the wisdom of these thoughts… some will not.

From the position of turf health and overall presentation, we do appreciate that there are some very significant benefits that can be derived from more walking and less riding. Wear and compaction turf damage by golf cars is mostly a function of greater weight and less efficient weight distribution combined with the abrasive action of wheels during turns, starts, and stops, as well as repeated traffic over the same area. Although intuitively golfers know that pull carts do not create the same issues as do motorized carts, their added maneuverability and smaller size make golfers more inclined to take their pull carts onto areas that are very sensitive to any amount of repetitive foot traffic. These areas, such as approaches or collars are highly critical to condition of play. In narrow spaces such as those between greenside bunkers and greens, repetition of pull cart and accompanying foot traffic will quickly thin the turf to the point of poor playability. With this in mind, and with no desire to add to current rules of cart or car operation, we strongly recommend that golfers taking pull carts follow two important guidelines: pull carts should always be kept at least 6 feet from all greens and tees to include green approaches; and, pull carts should always be directed around greenside bunkers and never between bunkers and greens.

We hope that you will understand the potential of this concern we seek to avoid. If a fellow player utilizing a pull cart does not appear aware of the circumstances that exist, please do not hesitate to share your knowledge with them. We thank you for your consideration and your cooperation in this matter. 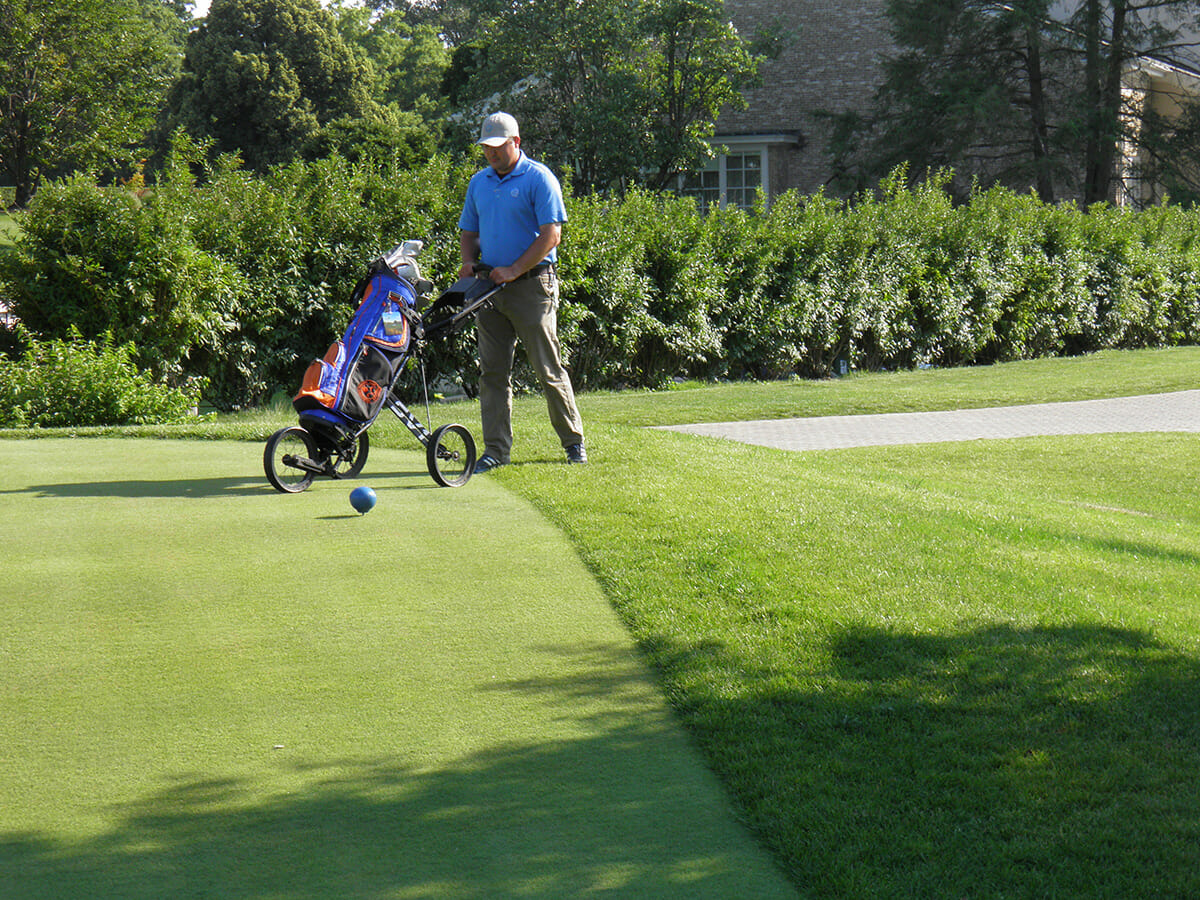 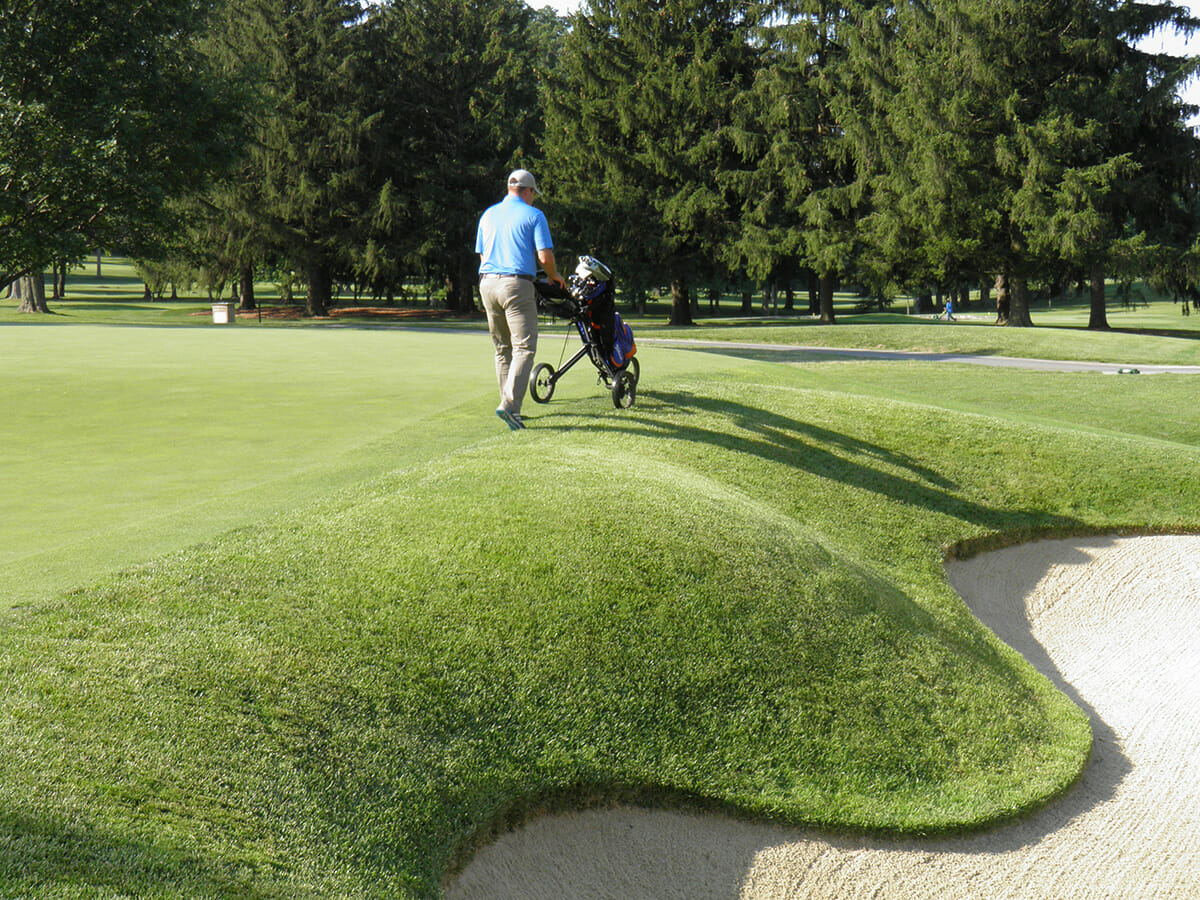