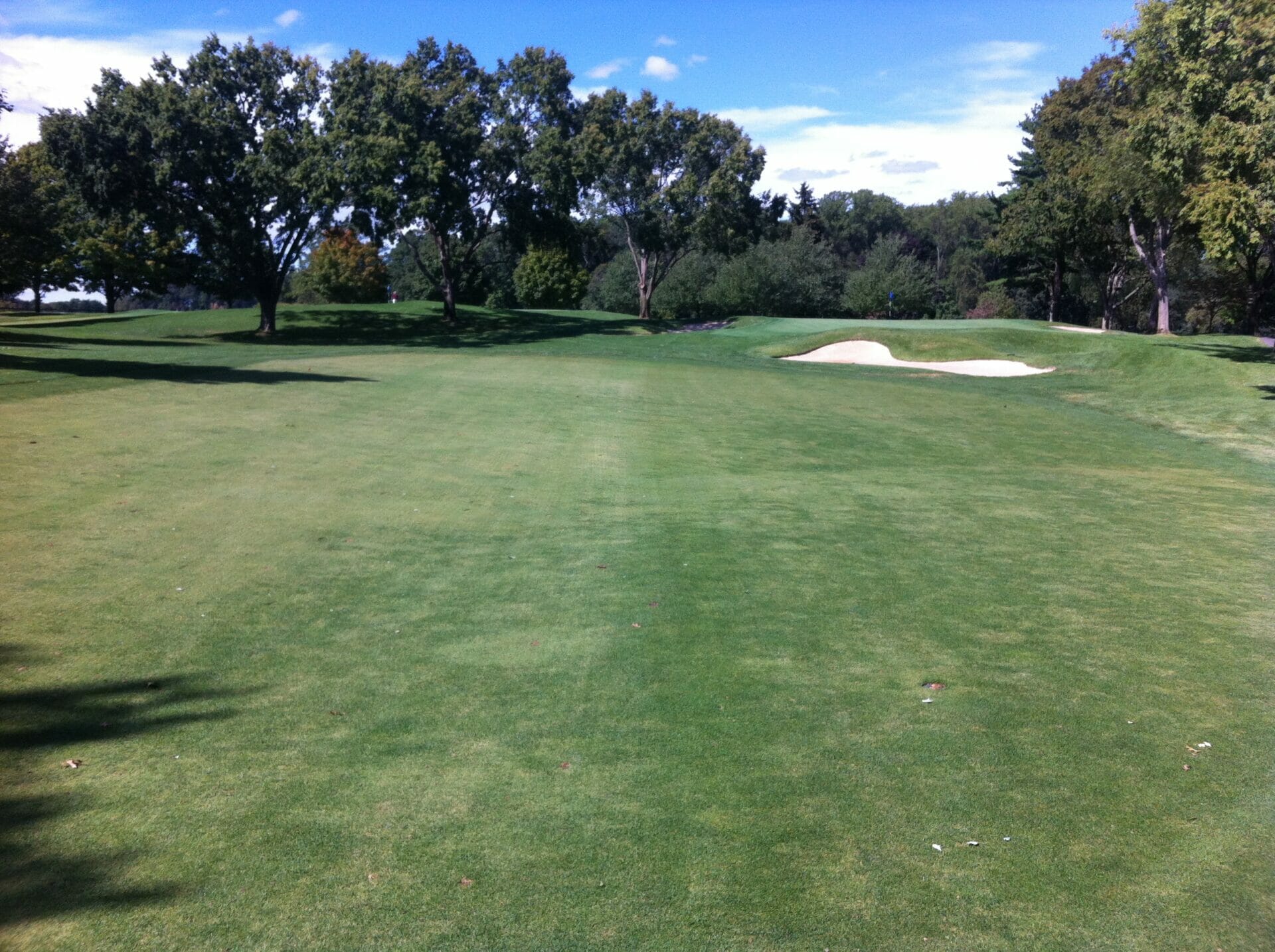 Spring and fall are the most important seasons to try to suppress growth of poa annua. Our greatest population of poa is in North Course fairways. The most effective approach utilized in our industry at this time is plant growth regulation. It is a chemical program.

Growth regulators affect unlike varieties of grasses in differing ways. Unfortunately, over the fifty plus years of maintenance approaches, the North fairways have been colonized first with bluegrass, followed by several years of ryegrass over-seeding, and finally bentgrass was determined to be the more desirable species to over-seed for the past twenty years. Over that entire time, poa annua has introduced itself at any stage that the desired grasses were weakened for any reason.

As we apply the poa inhibiting products, the fairways will very clearly show their colors. The poa annua will take on a yellow straw color, the bentgrass will become lighter taking on an almost white cast, and the ryegrass will become darker and unfortunately even grow faster than normal because the products used have no growth regulation effect on rye. So we will inevitably have fairways that look quite different as the various grass types respond, or do not respond, to the poa suppression program. We will be doing more fertilizing and more frequent mowing to try to mitigate some of the difference in look and growth. Though a bit ugly, the fairways should play just fine as the regulation actually helps increase ball roll. We apologize for the inconvenience but, until a more permanent solution such as was accomplished on the South Course is completed, this is our best current option to slow the spread and actually reduce the population of the poa annua weed.