Anatomy of a Bunker Rehabilitation

During the off-season each year, beginning as soon as the official calendar of golf events is completed, our seasoned and very talented bunker crews initiate the work of bunker restoration. This program is somewhat tedious in nature and requires experience, dexterity, and a very keen eye to do well. Our bunker teams, captained on the South Course by Hipolito “Poli” Aguilar, and on the North Course by Juan Mendez, possess tremendous talent.

The reason this activity is ongoing every year is due to the very nature of almost any bunker design that results in a consistent rate of decline occurring around the edge. This includes the particular challenges of growing grass on vertical profiles and in close proximity to dry sand, the daily maintenance requirements that add traffic wear in the same edge areas, uneven contours that make nutrient and moisture management inconsistent, and pest management programs for insects and disease control problematic.  Daily play from the sand surfaces also deposits small amounts of sand on the slopes, changing the contours over time.  As result, bunker edges break down and as they are re-edged to remove dead grass, the shape and integrity of design are compromised. Repair can only be done by hand and is very time consuming. When renovation work is done in house, in a good year we may average three to five holes per course completed. Our priorities are based on individual bunker condition and appearance.

The process of renovation begins by pulling all the sand down from the edge of the grass to the center of the bunker.  Next we strip away the old grass in affected areas around a given bunker to expose the soil underneath.  In many cases, shovel excavation of the soil is required to locate the original edge of the bunker.  This process is typically a bit more straightforward on the South Course as protective liners were installed under the sand during the original construction. The North Course is more open to interpretation due to the lack of lining material, though we have been installing lining on the bunker faces of the North Course as we rebuild them.  In either case, the next step involving reconstruction of the exposed edge is the same.  Thin, flexible boards are put into place to build a wall and secured with stakes so as they do not move.  Soil is then compacted on the exterior side of the boards and shaped to tie into the neighboring grades of the green surround.  Once this soil is firmly tamped, the boards are removed exposing the new bunker edge.  The soil will then be “prepared” with a light raking and covered over in sod.  Large staples are used to pin the sod to the surface so that it does not move until the roots have time to grow and hold the new grass in place.  Finally, the sand is pushed back into place around the bunker edge so that it blends right up to the grass edge.  Care is taken during this last process to ensure the proper depth of sand covers the bottom of the bunker.

We are fortunate to have Poli and Juan to guide these tedious tasks as they are second to none in their ability to visualize the finished product from the very beginning.  Their creativity in sculpting the land into a pristine playing ground and maintaining the spirit and feeling of the original bunker construction is never short of astonishing. 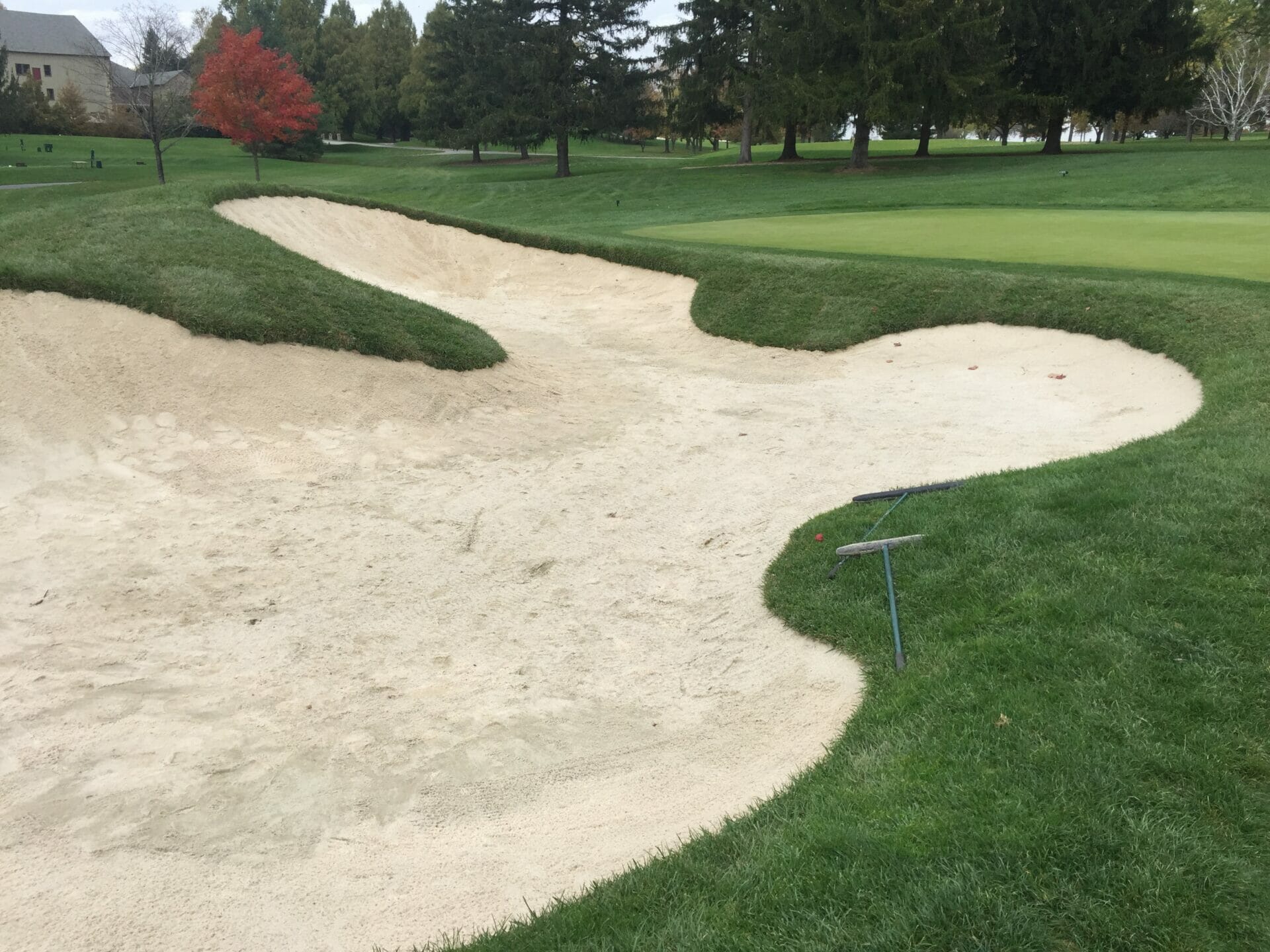 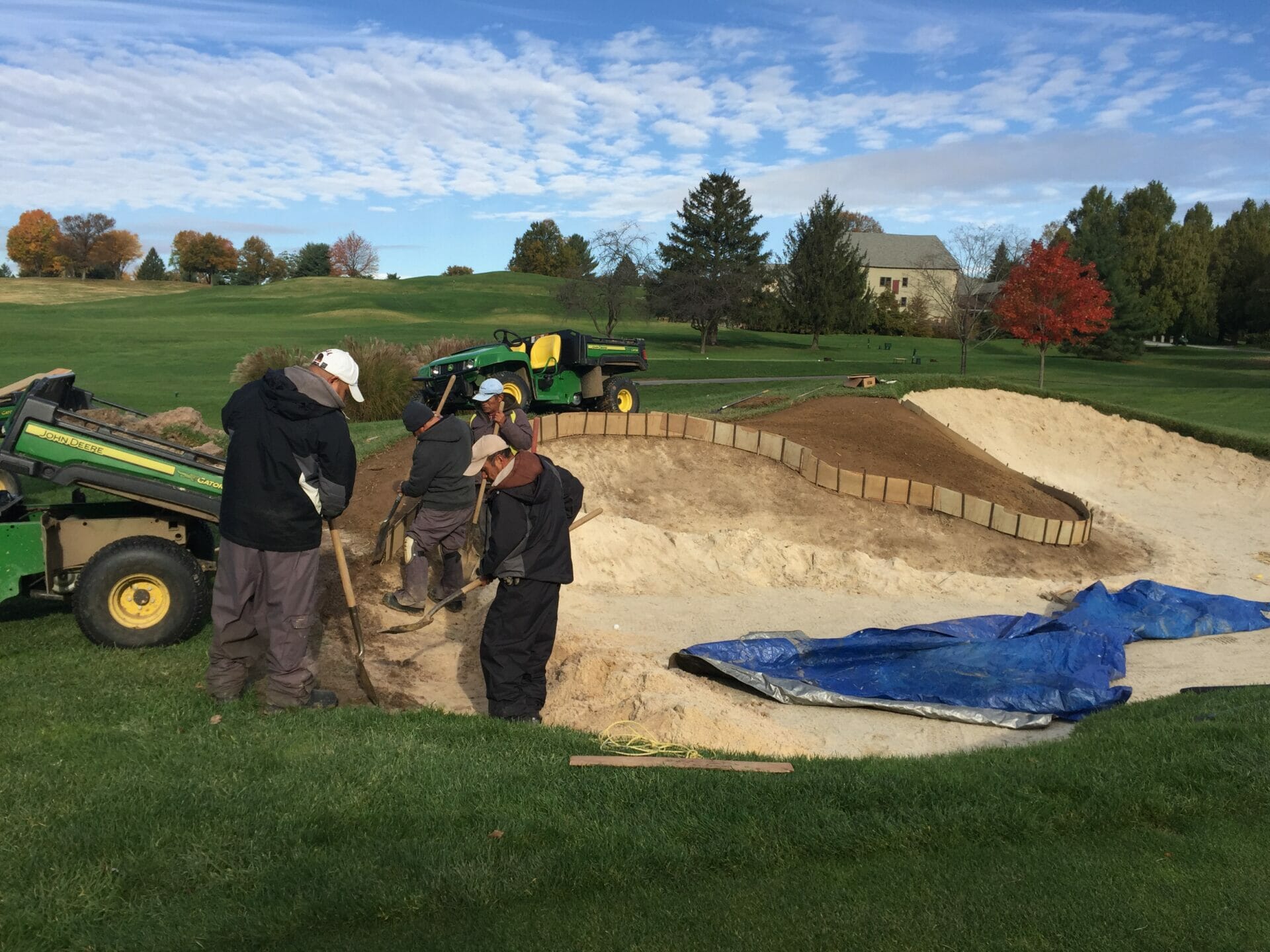 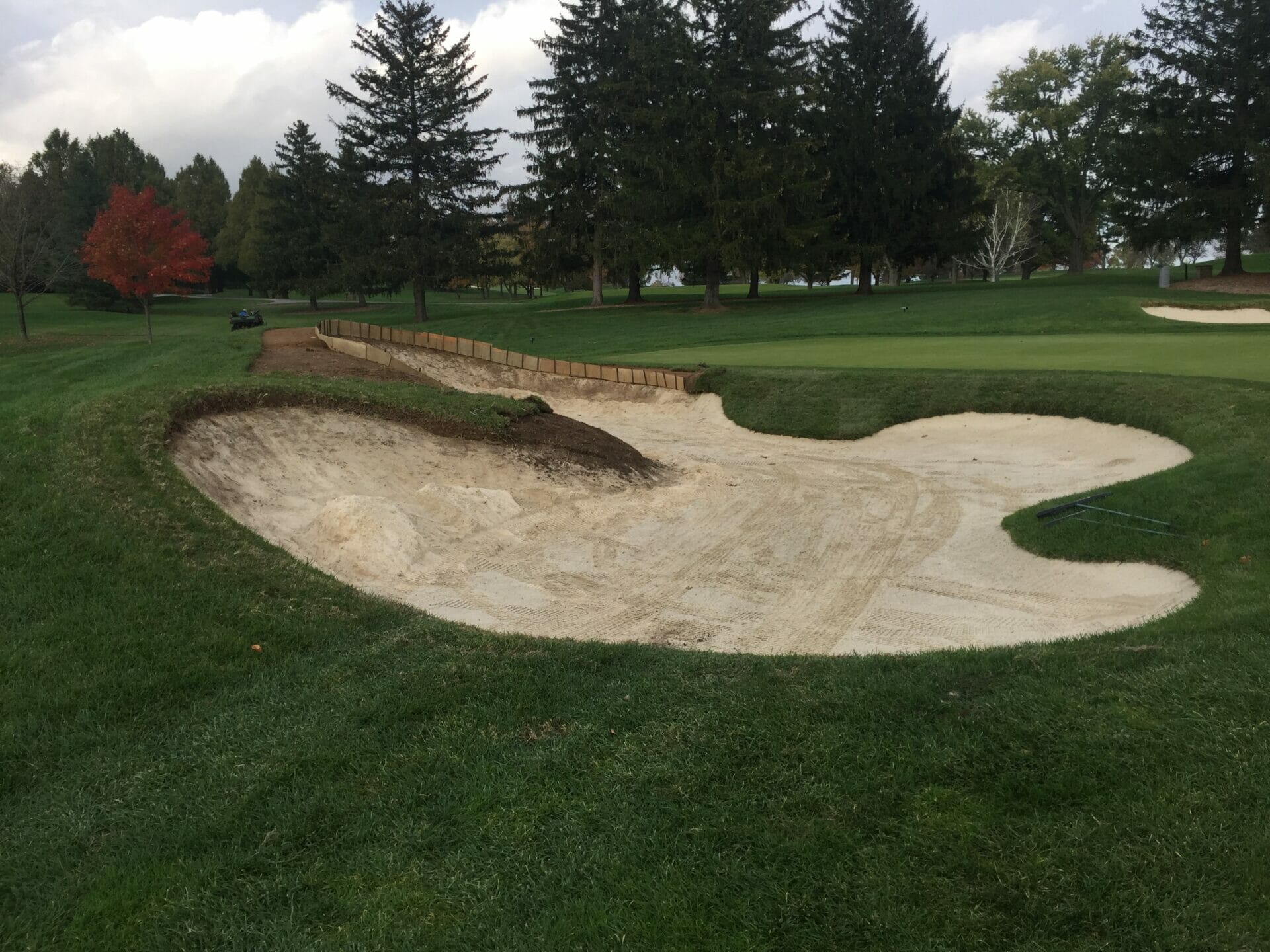 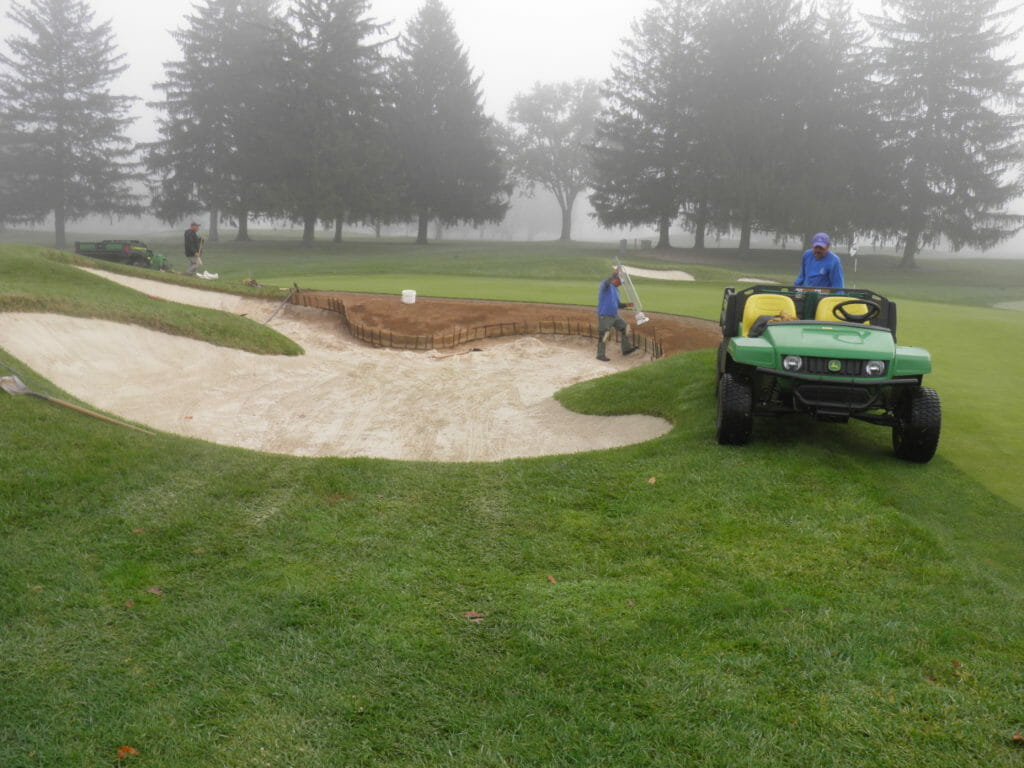