“Adams Dam” is a subject of Grounds Department discussion almost on a continuous basis. On rare occasion it may also come into conversation among some of our members as there are some who are fairly familiar with the location and function of this entity. It is more likely, however, that the vast majority know little or nothing about it. On this roughly five acre piece of property, located on the north-east corner of the four way stop that intersects Route 100 and Route 92, sits a pond feature at the confluence of several streams including the Wilson Run, that is the source of over 95% of the water used to irrigate all of our outdoor facilities of Wilmington Country Club. It’s an interesting and historic site and we would like to tell you a bit more about it.

Like so many wonderful features of the Brandywine Valley, this relatively small parcel of land has a very rich history. Geological finds have shown this area to be an important location along trails of the Leni-Lenape going back as many as 8000 years, trails that for centuries led to major gathering areas or possibly villages along the Brandywine River. The name “Adams Dam” itself actually goes back to the 1850’s when Alexander Adams was operating a saw and grist mill on the site, and at that time, for whatever reason, the name became fixed. Later, Adams Dam Road was added to the road system connecting Center Meeting Road to the mills at Adams Dam and on to other mills located at Rockland on the Brandywine River.

Early colonial documents, circa 1648, show this area to be part of the grant to William Grigg from William Penn, both of whom were prominent Quakers. Son John Grigg patented our corner site as the ”Warm Lands” tract in 1685 and sold it to Samuel Underwood in 1692 undeveloped. He thought to have built his residence at or near this location and is considered the first “modern” structure on site. Samuel died there in 1722, leaving it to his son, Joseph, who sometime after 1735 purchased most of the remaining property along the waterway east of Adams Dam Road. During  William’s tenure, known to be pre-1771, he is said to have built a mill on Wilson’s run. From that point forward until sometime after World War I, the site changed hands many times and many mills including fulling mills for finishing wool, grist mills, and saw mills came and went. Following the death of Alexander Adams, Colonel Henry Algernon DuPont bought the property and it became part of his 2,000 acre Winterthur plantation. It is from his son, Henry Francis DuPont, that Wilmington Country Club obtained the rights to this water source prior to construction of the golf courses and other amenities initiating in 1957.

Returning to a picture of the Adams Dam facility of today, the oldest remaining element of the overall historical facility is a rendition of the original dam, modified on occasion following its initial construction in the mid 1700’s. Constructed well in advance of the Adams Dam moniker, this feature roughly bisects the property and divides it into what we call the upper and lower ponds. Our pumping station is located at the closest end of the lower pond close to Route 92, and immediately adjacent to a lower dam forming this larger part of the overall site. At the time of the property purchase, Mr. DuPont also granted and easement to WCC allowing installation of piping of more than ¾ of a mile in length through Winterthur Estate property, making possible the transfer of water to our reservoirs and enabling us to utilize this water source throughout the year. 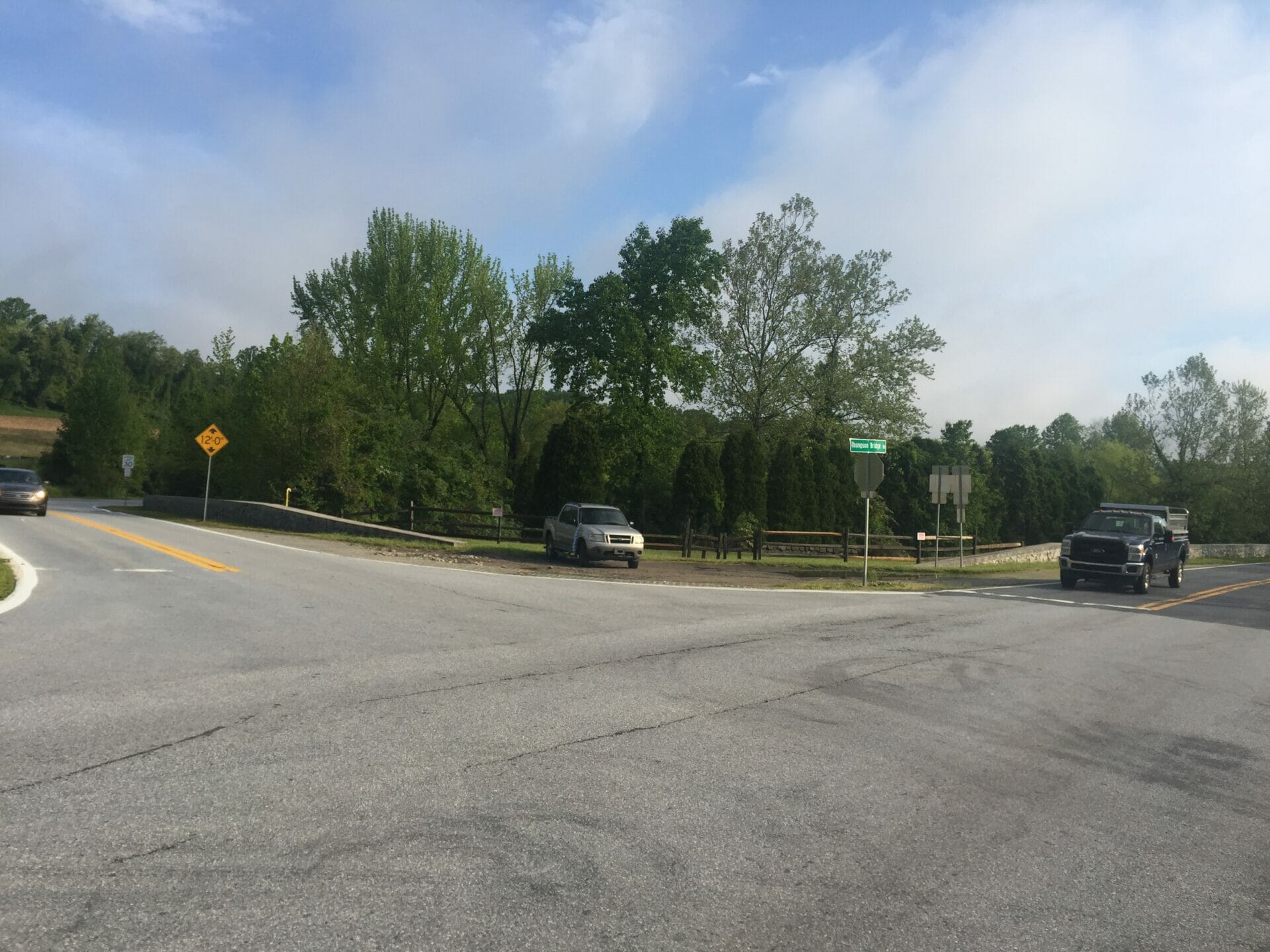 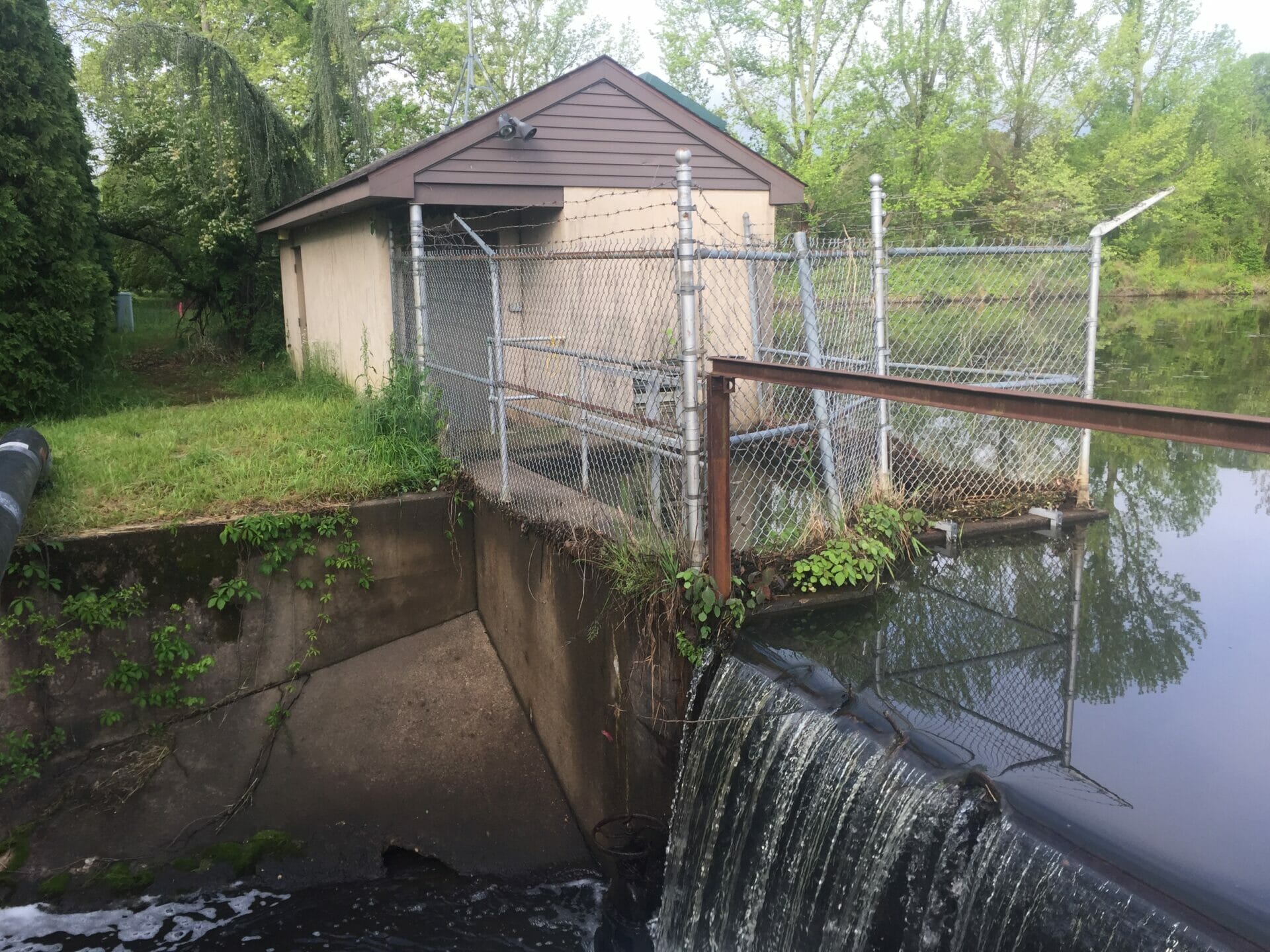