A Note from Grounds – March

The last time our immediate area received less snow than this year (0.9 inches) was the winter of 1997-’98, where only a trace amount fell. We still have a few weeks left before the first day of spring on March 19th, so there is a chance we could eclipse the next benchmarks of one inch and 1.2 inches, which occurred in 1949 and 1972, respectively.

The weather has certainly has had an impact for growing conditions. The turf under the protective covers for the South Course greens and Practice Tee is slightly ahead of schedule. The warmth in February has enabled the Bermuda grass on the Practice Tee to “wake-up,” or break dormancy. This is good and bad for the turf. While we know the Bermuda survived it’s first winter after sodding last June, breaking dormancy in February is about two months early. Keeping frost from forming on the Practice Tee will be a priority. If this were to happen, the turf will go back into dormancy and will take longer to wake-up in April.

Regarding our greens, the turf has had growth over the winter. So much so, we mowed the North Course greens the week of February 17th. We will, in early March, pull back the tarps on the South Course and cut the greens. This will be the first mowing since mid-November. Mowing will further promote healing on the South greens from the November aeration. 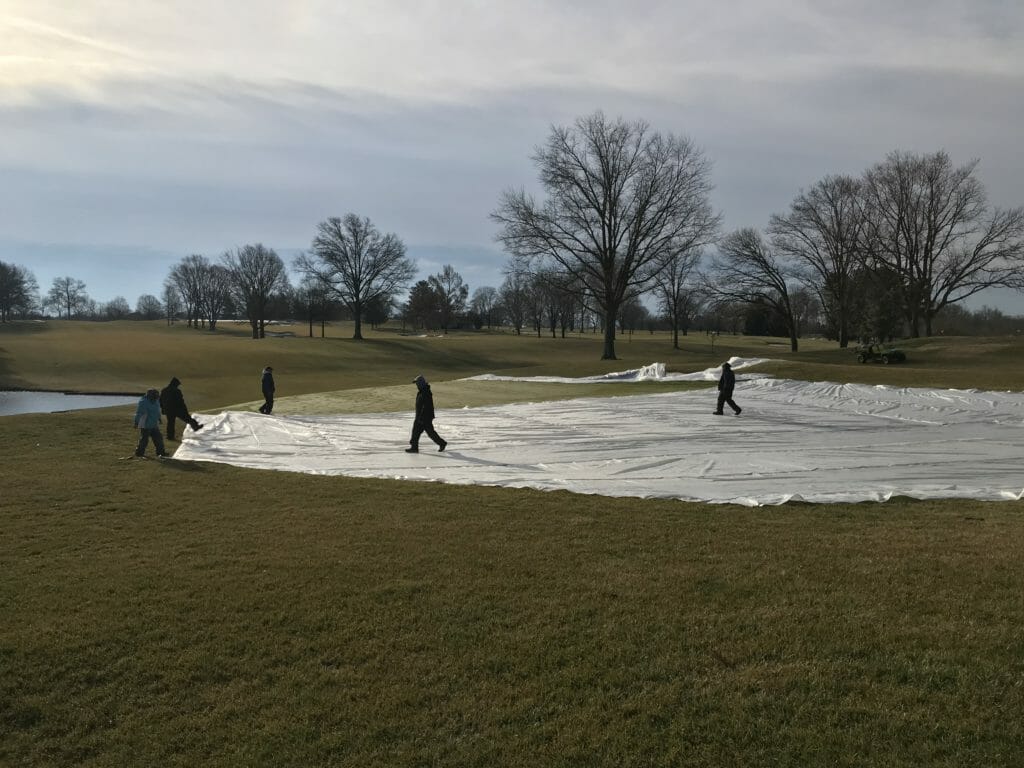 During the month, we will plant new arborvitae shrubs between clay courts two through four and five through seven. The older shrubs were removed as part of the transplant program that has seen the perimeter shrubs replaced surrounding the racquet facility a few years ago. The arborvitae will be pest resistant for diseases, deer and insects. More importantly, the older shrubs posed a safety threat to our staff as they have grown either too close to the chain-link fence, or worse yet, into the fence line. The new plant material can be maintained to ensure future pruning efforts will allow for care and plant health. 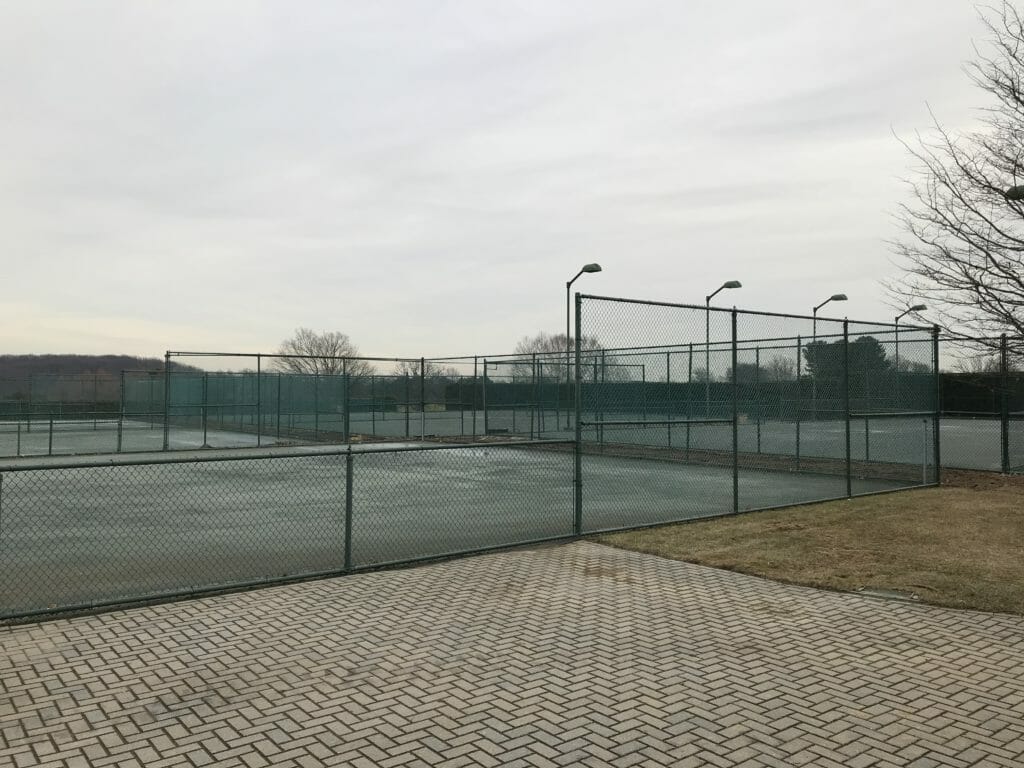 Above, we mentioned our late season aeration of the South greens. This maintenance program also included the tees and fairways during the same time period. With our goal of reducing in-season maintenance disruptions and the presence of aerification holes, there is no schedule spring aeration of the South Course. Regarding the North Course, we are scheduled to aerify the greens, tees and fairways on April 6th, 7th and 8th.

We are expecting an early start to the growing season. If the Bermuda grass is a sign of warmer temps are just around the corner, then so too is the time period to apply pre-emergent materials for seasonal grassy weeds such as crabgrass. Typically, you would want to apply these materials about the third week of April. Mather Nature may move this timeline up a month. 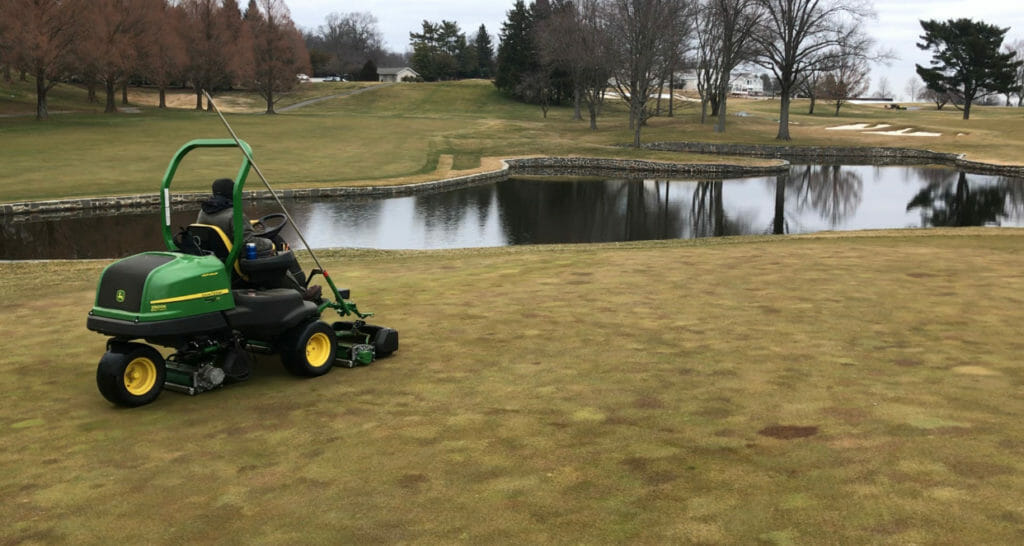