A Note From Grounds – February

Forty-eight and sixty. What do these numbers represent? The first day of spring and April 1st, the “un-official start to the playing season.”

Although the weather will always dictate when golf courses have healed-in from early season maintenance and tennis courts can be re-conditioned, our staff has been in countdown mode since the close of the 2019 season. We are excited about the work that has been conducted thus far, and will continue to push to meet our goals for the remaining weeks of the winter season.

During the month of January, we began receiving the covers for the South Course greens. By the second week of February, all the green complexes will be covered, along with several areas such as par 3 tees and heavily used iron play areas resulting in divots, such as the low end of the fairway on the third hole. As seen below, the tarps will help warm the native soil sub-surface and promote growth during the winter season. With our change in the aerification schedule from August to November, it is our intention to utilize grow tarps and not aerify the South Course greens in late March. Moving forward for the foreseeable future, we will perform one major coring in November and less invasive disruption to the putting surfaces in-season.

To improve the member experience, we have initiated a drainage installation project on 10 North fairway and cart path extension near 10 South tee. The in-ground piping network will run parallel to the fairway, and once completed, we will remove the first section of cart path on the left side of the golf hole. This should help alleviate any unwanted balls bouncing left into the woods and going out-of-bounds.

By extending the path at 10 South tee, we have increased the amount of exit points for golf carts. In the past, water from either irrigation or rain would run down the paver brick pathway and sit in the rough. By adding channel drains, we can move water from the high traffic areas and use the water run-off for the main irrigation pond on 9 South – 13/ 18 North. 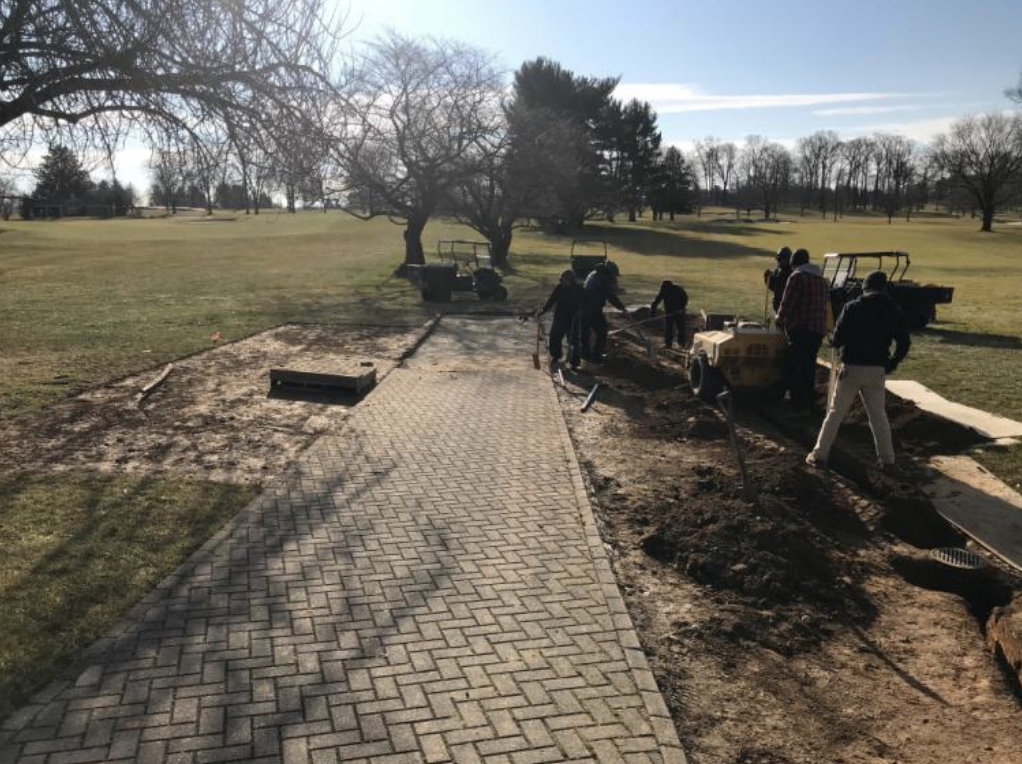 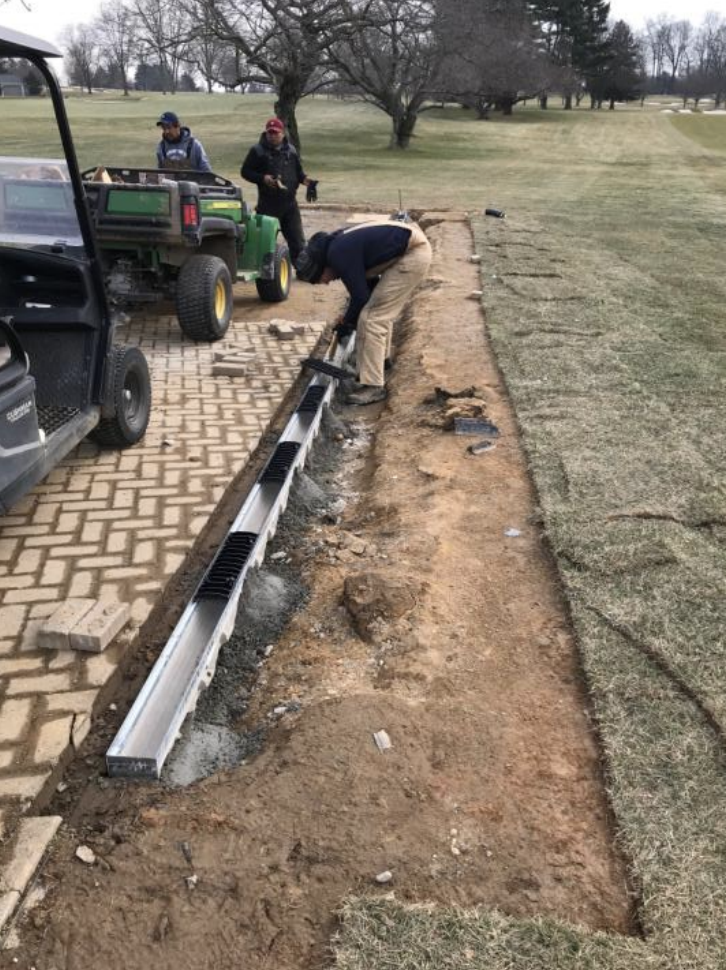 With both golf courses, we are fortunate to have two of the most distinguished post-WWII golf course architects in Robert Trent Jones Sr. (RTJ) and Dick Wilson. The South Course renovation several years ago brought back aspects to the RTJ layout. Over the years, some features were lost that our staff will recapture before the playing season. One of these will be to re-align our teeing grounds. 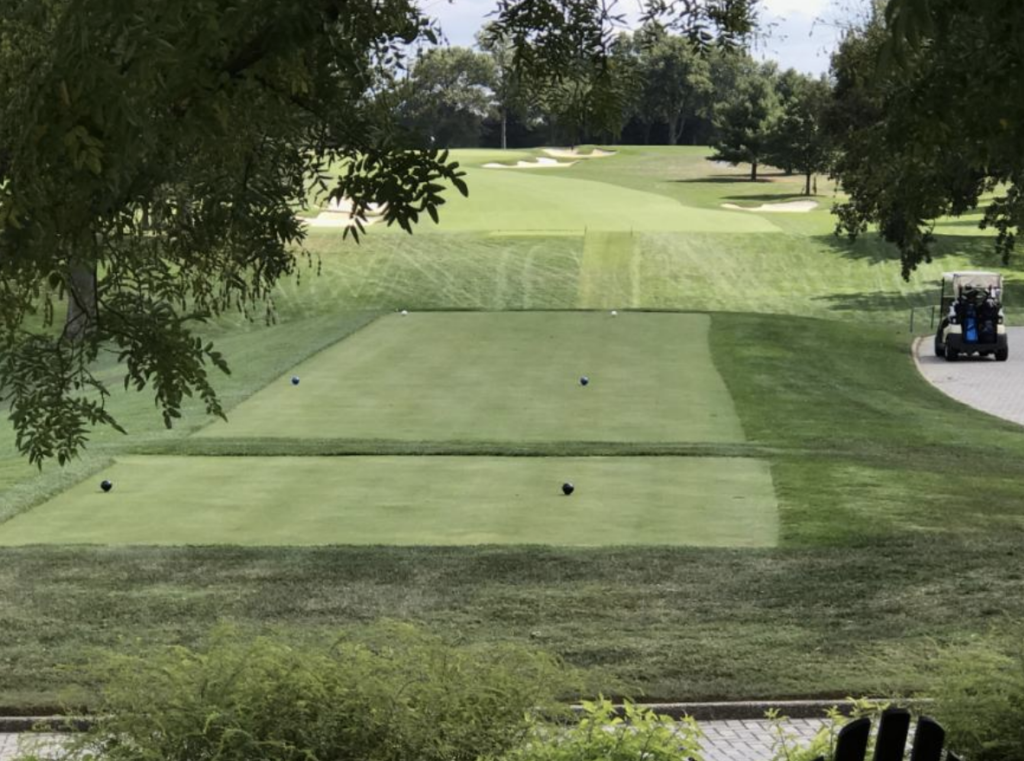 Looking at 1 South above, the right-hand edge has become wavy over the last few years. The turf will be cut and either replaced with short-cut bentgrass or rough grass where appropriate.

Dick Wilson was known to protect edges of the green complexes with features such as bunkers to bring the aerial game into play. Although he favored this, the ground game to Wilson was just as important on differing terrain throughout the round. Last year, we removed the primary cut rough fronting the 8th green on the North Course. Wilson never intended to have rough here in this location, nor did he want rough to front the greens on holes 10, 12, 14 and 17 North. Our staff will work to re-establish these areas prior to the season.