A Note from Grounds – February

In December, we gave you some information regarding greens construction in our monthly update. You can review the article HERE. As part of this month’s information, we wanted to pass along to you the undertaking to transplant sod from the former green site to its new home.

In figure one; a grid is laid on the old green surface with string line. Lines are drawn with a Sharpie™ marker to delineate the grid lines. The old surface is cut and transplanted one 24-inch pass at a time. Crewmen work off plywood (fig. 2) to eliminate foot printing in the freshly planted sod. Each piece of sod is labeled (fig. 3) to ensure the exact slab of turf is placed in its appropriate location. In figure 4, you will notice the black Sharpie™ line.

This process took our contractor about three days to move the turf from the old site to the new putting surface. The grid lines worked, as we can see the black lines were aligned (fig. 5) to each slab of turf. Furthermore, we had mowed the old green just prior to transplanting the sod. We can see in figure 6 the light and dark stripes from the triplex mower are in-line as well after sodding.

The winter season will soon be a thing of the past. There is light at the end of the tunnel with the improvements and bunker renovation on the South Course. As McDonald and Sons wraps up areas of the golf course, we have begun the final phases to clean-up from the August tornado. There are numerous stumps in need soil and subsequent grassing.

Many areas in the golf course roughs where turf succumb to suffocation due to trees laying on their side for weeks into the fall needs to be renovated as Poa annua has regenerated where the desired stand of turf is tall fescue. Trees need to be relocated where we now have space to allow singular plantings to flourish as specimen hardwood trees.

An area of focus over the last few weeks that will continue through to the beginning of the season is the Club’s perimeter property line. Many limbs or trees either broke or fell during the tornado along the edge of the property bordering Montchanin and Kirk Roads, including Kennett Pike. These three sides are a mix of forsythia, evergreens and trees.

Over the years, debris such as leaf litter gathers at edge of the perimeter. This is a natural occurrence with leaf drop in the fall. As part of regular maintenance now and into the future, there is a need to clean out the understory of plant material along the perimeter. The organic rubbish you see in figure 7, if left untouched, will degrade and eventual kill the forsythia, the yellow flowering shrub in the spring. As we have progressed through the line, we have pulled weedy material such as mulberry trees and multiflora rose. Furthermore, this process will allow the stone walls (fig. 8) to be more visible along the roadways.

The month of February will move at a rapid pace for the department. We are eager for the contractor to hand over more areas of the South Course to our team to continue the remediation work from the tornado ahead of the coming season. One of these areas is the work currently being conducted on 5 and 16 South. Figure 9 is the before, while figure 10 is under construction. We hope you and your families have a great month! 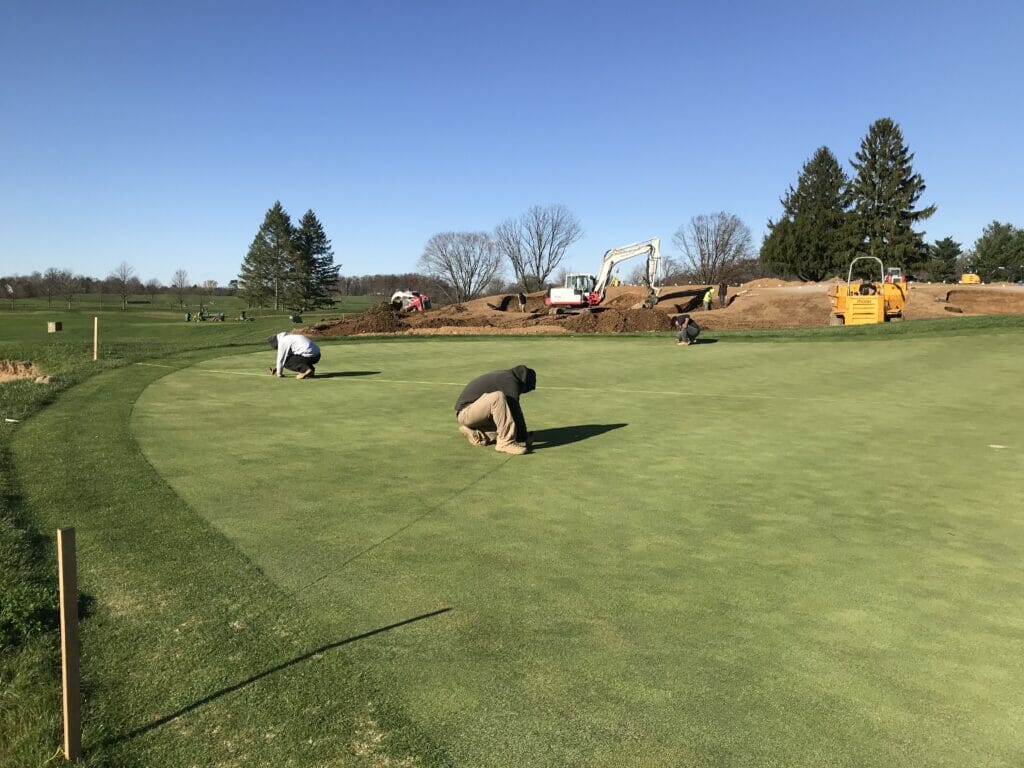 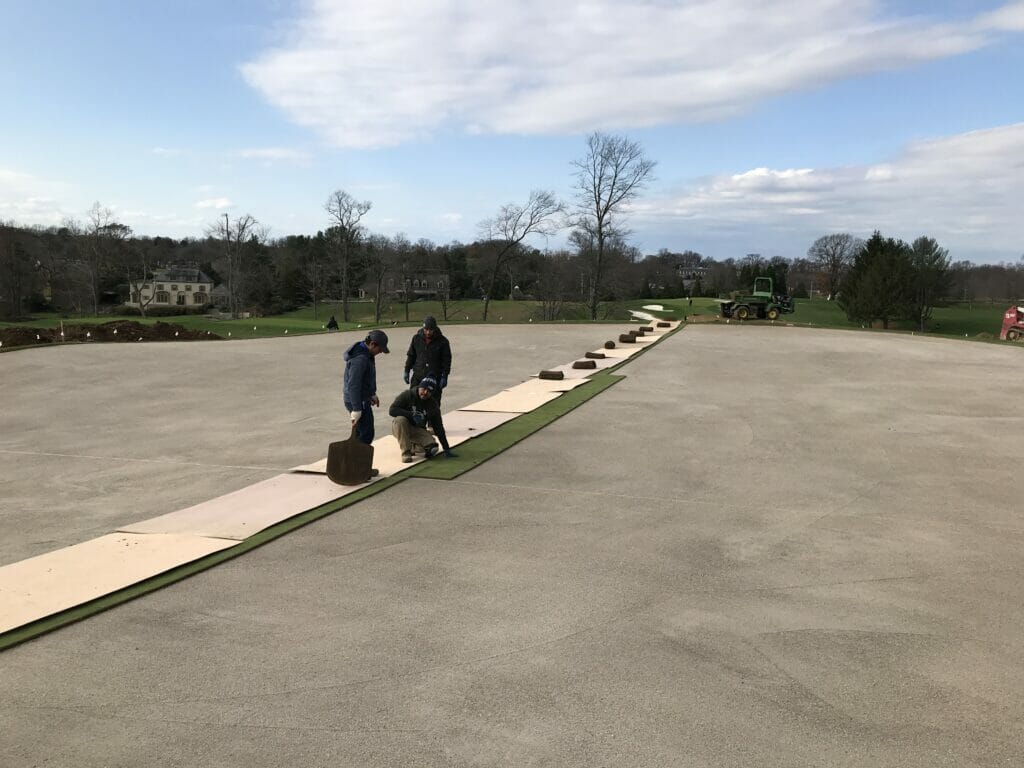 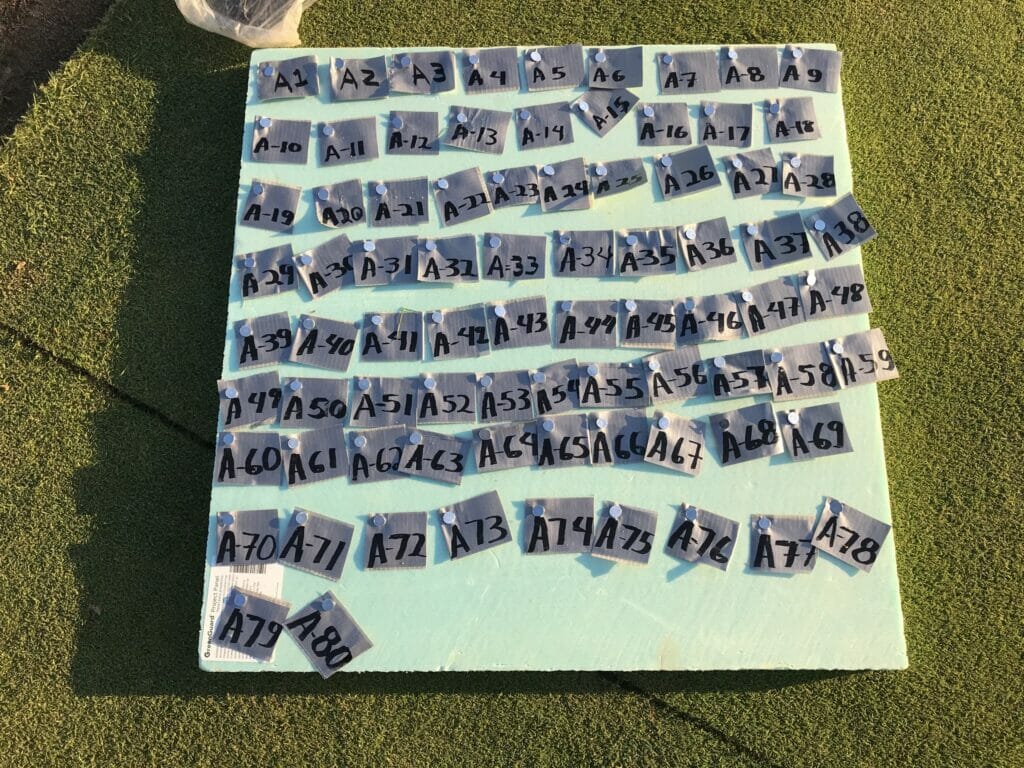 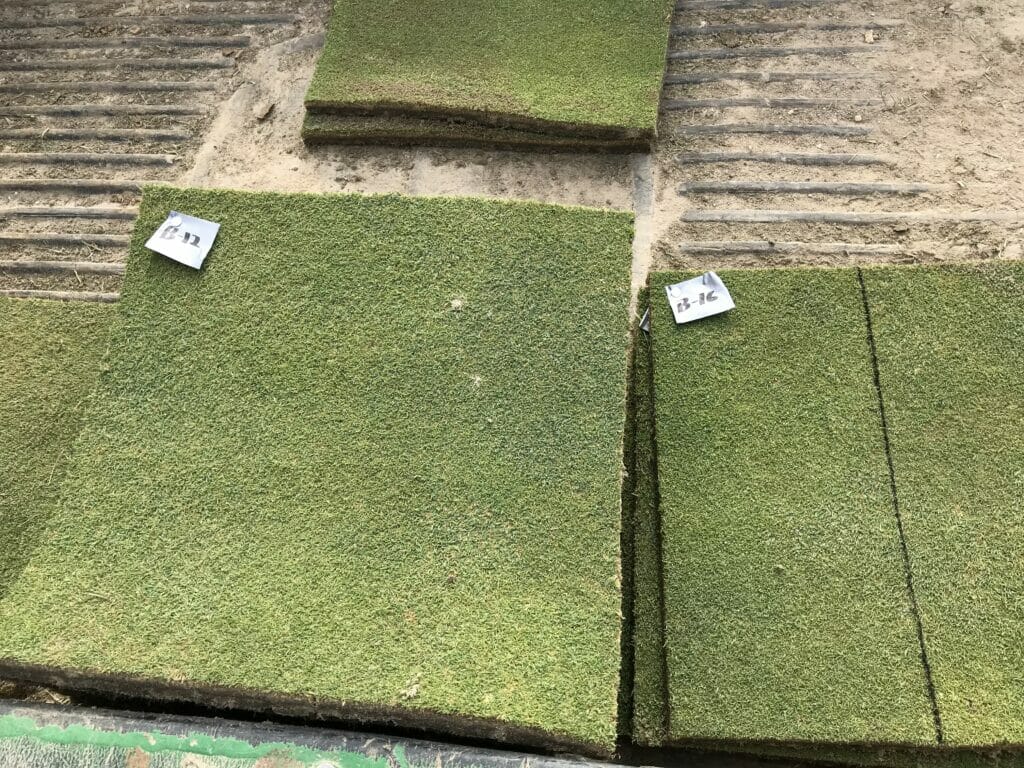 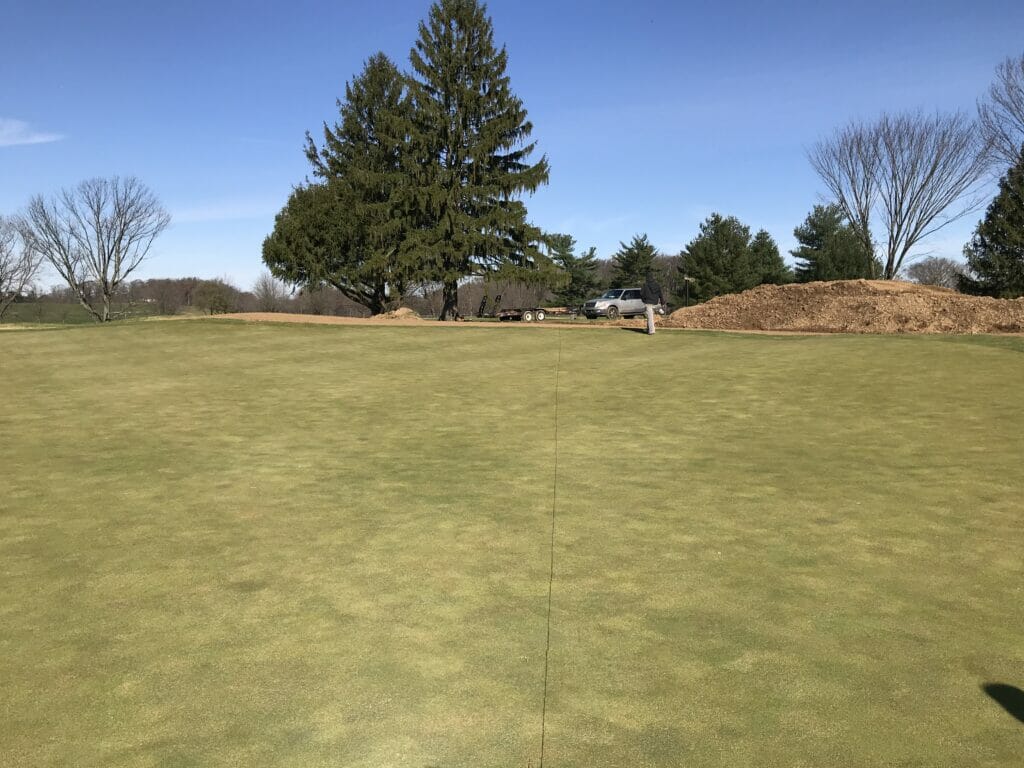 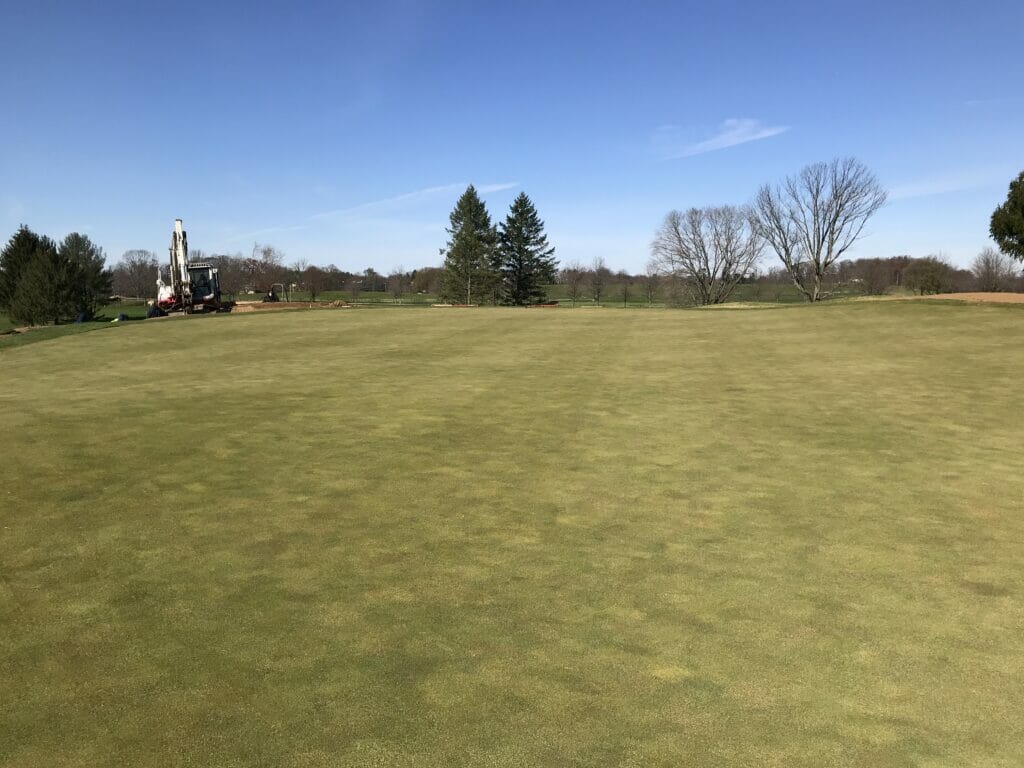 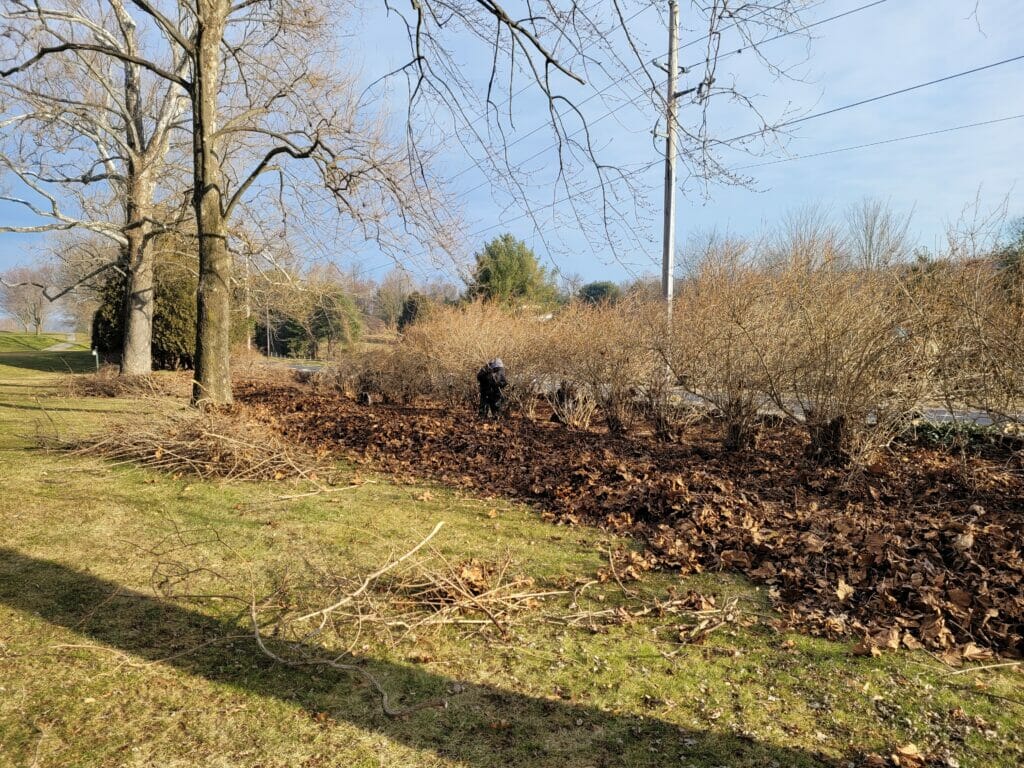 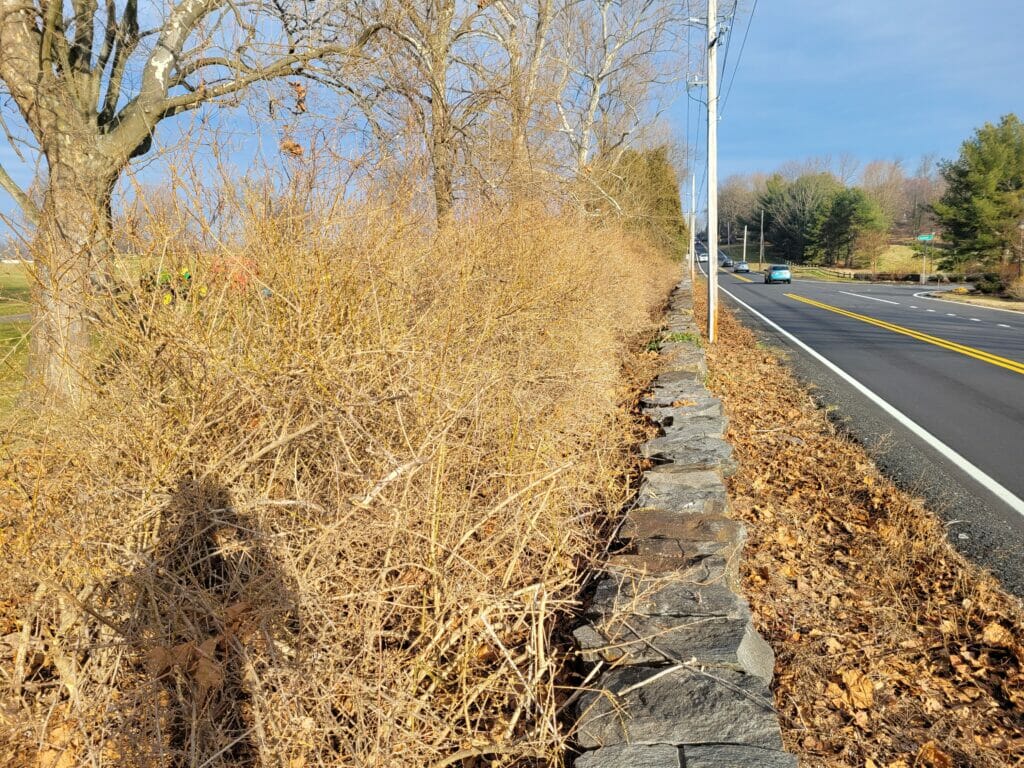 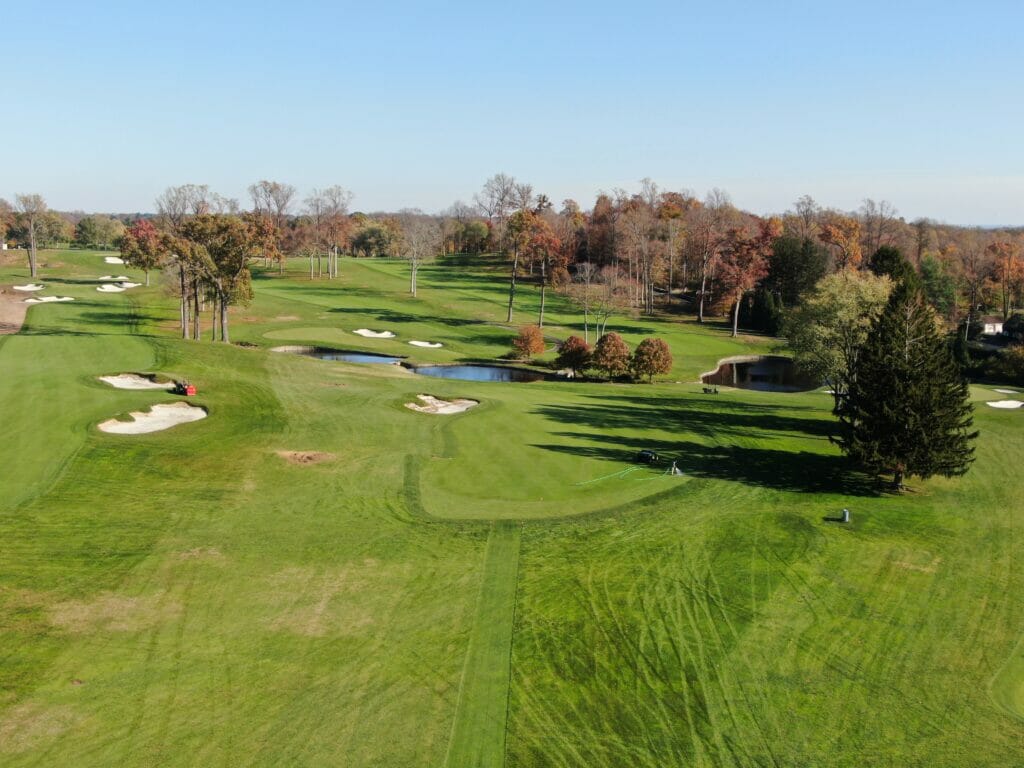 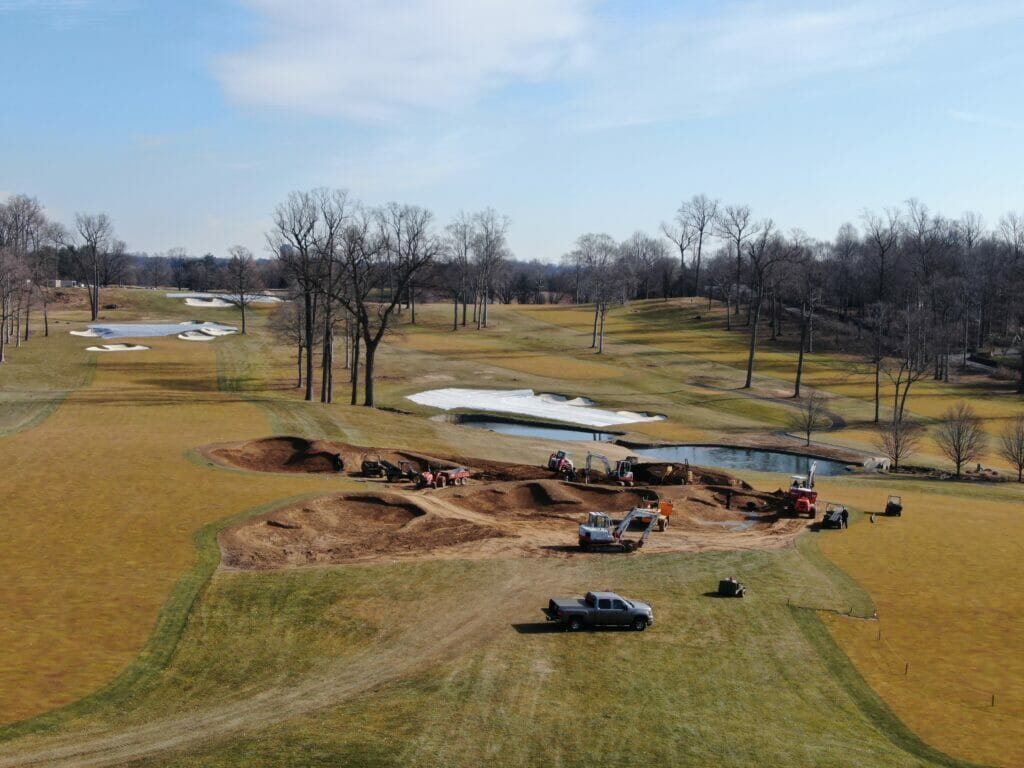